The dirty impact of coal on health

4 Nov 2021 | Email | Print |  PDF
In 2019, scientists working for South Africa's government completed a study on the health impacts of pollution from the country's sprawling coal industry. So far, it has not seen the light of day.
The study, a copy of which was reviewed by Reuters, showed more than 5,000 South Africans die annually in the country’s coal belt because the government has failed to enforce its own air quality standards.

Of the world’s most polluted

South Africa's coal industry, the world's fifth largest, employs 90,000 miners, generates 80% of the country's electricity, and supplies the feedstock for about a quarter of the country's liquid fuel for vehicles, all at a time of soaring unemployment and frequent blackouts.

But the costs of a mammoth coal industry are also high, and not just for the climate.

South Africa's coal belt is blanketed in smog and coal ash; the stink of sulphur pervades.

The area east of Johannesburg is among the world's most polluted, experts say, rivalling Beijing and New Delhi.

For local Emalahleni mother, Mbali Matabule the impact of coal has been severely traumatic for her and her daughter, Princess.

In May 2018, as she approached her fourth birthday, Princess started struggling to breathe. Matabule rushed her to the hospital, where a doctor put a mask on Princess's face attached to a nebuliser.

Matabule was shocked to find out that Princess had asthma.

Three years later, Matabule lives in constant fear that her daughter will not survive the disease.

"I get very concerned because I feel like my child won't live for a long time because of these mines - that really worries me. It means any time she could die because of her situation," she says, tearfully.

A doctor who practices in the coal mine town told Reuters that respiratory diseases are very common amongst adults and children because of the pollution they are exposed to on a daily basis.

"Most of the doctors around, we have sort of become experts in treating allergic rhinitis and asthma simply because there's so much of it. And I also mention the fact that one could say it's environmental," Dr Alexis Mashifane says.

Smog released from burning coal is laced with chemicals like sulphur and nitrogen oxides, mercury and lead, and radioactive elements like uranium and thorium.

A 2019 Council for Scientific and Industrial Research CSIR) study obtained by Reuters concluded that 5,125 lives could be saved every year in the coal belt by enforcing national air quality standards on soot, otherwise known as particulate matter.

The air in Emalahleni, it said, contains around 20% more particulate matter than the nation's limit of 40 micrograms per cubic metre, and more than three times more than recommended by the World Health Organisation (WHO).

As the United Nations’ (UN) climate conference, COP26, in Glasgow gets underway this month, coal, the most carbon-intensive energy source, is in the crosshairs of a global push to replace it with cleaner fuels.

This water-stressed country also stands to be one of the big losers from climate change.

Temperatures in southern Africa are rising twice as fast as the global average, according to the International Panel on Climate Change, pushing the region's north-western deserts south.

In an effort to secure foreign investment, Eskom is pitching a $10bn plan to shut most of its coal-fired plants by 2050 and embrace renewables. Few countries have as much harvestable sun and wind energy as South Africa.

Eskom's green push, however, has put the company in conflict with Energy Minister, Gwede Mantashe, who has called ditching coal "economic suicide."

"These power stations do not have the pollution control mechanisms on because they were developed in the old apartheid system.

"And for during the whole apartheid system, they didn't just care about pollution.

"So, these are polluting facilities, they have toxic dump sites that are underlined, they have toxic dumpsites where the fly ash that has a whole lot of metals and other contaminants just fly off into neighbourhoods of people and people breathing this very fine ash that sits in your lungs and you're guaranteed lung cancer years later because of all the metals in that fly-ash," says anti-coal activist Bobby Peek.

Earlier this year, scores of protestors and anti-coal campaigners took the government to court hoping to force tougher action against heavy polluters such as state power company, Eskom and liquid fuel producer, Sasol. 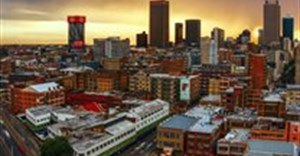