19 Jul 2007 | Email | Print |  PDF
eBucks has been recognised as South Africa's most valuable rewards program in two categories, according to the findings of the 2007 Value in Rewards Programs survey.

“In other countries, coalition programs have had among their partners a major grocer and a fuel retailer as partners. eBucks has been able to offer great value despite not having either of these,” says Bruce Conradie, managing director of Razor's Edge.

The survey rated points-based loyalty programs for their value to members. Seven accolades were awarded:

This is the fourth edition of the Value in Rewards Programs survey, the first of which was in 2002. The survey did not rate credit-card rewards programs because these were rated in the company's Value in Credit Cards survey, last undertaken in December 2006. That survey found the DiscoveryCard to be the country's most valuable credit card. Also not rated in the new survey were hotel programs, as major programs in this sector were in the process of being reengineered.

In the retail sector, eBucks was up against Clicks ClubCard, Dis-Chem Benefit Program, Edgars Purple Cash Card, Exclusive Books Fanatics, and Meltz Rewards. Three independent coalitions were rated: eBucks, Infinity, and Mahala. These were rated in their own category and also in the retail sector.

The seven-year old eBucks program was recognised for its wide range of points-earning opportunities, for having a big-ticket discount retailer, in the form of Makro, as a partner, and for offering an effectively unlimited list of rewards. eBucks allows for the in-store earning and spending of points, whereas most other rewards programs use an inconvenient paper-based voucher system.

Says Conradie, “When eBucks launched, its goal was to be an electronic currency. Seven years down the line, you can see it has made great progress. If we had given an award for the best loyalty currency, it is likely to have gone to eBucks.”

Despite the criticism that has been levelled against rewards programs, they are growing in popularity, both among companies and among consumers. The two-year period since the survey was last done has seen a considerable growth in the sector. In the 2005 survey, 22 programs were profiled. This has risen to 32 for the current survey.

In that period, the membership of eBucks has grown from 800 000 to 1.1-million. Rewards program active memberships now exceed 10-million and this excludes the Vodacom Talking Points program, for which the membership is not known and which could be considerable (the potential members base, Vodacom prepaid cellular users, numbers of 17-million). Note that these figures refer to membership and not individual members (some individuals belong to more than one program). The country's biggest rewards program remains Clicks ClubCard, with 2.1-million active members.

Commenting on the report, Professor Adele Berndt, Department of Marketing, University of Johannesburg, says, “The analysis conducted by Razor's Edge is comprehensive and detailed in indicating what customers can get from their membership of each program. This report serves as a management tool that indicates the relative benefits offered to customers and how management can differentiate their clubs for their members. This is important as it is clear from the report that South African consumers have a wide array of clubs to which they may belong.

“The challenge for organisations will always be communicating this value to members of the clubs, and this can be seen in the report where many different clubs offer diverse benefits.

Selecting benefits that will provide customers with valued benefits will continue to be the challenge for club management as new clubs and programs are launched.” 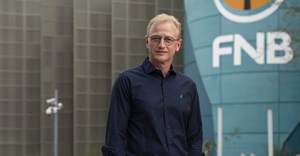 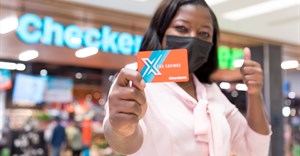 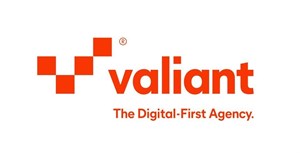