Changing the narrative on migration through film

15 Nov 2018 | Email | Print |  PDF
Using the art of storytelling and the power of documentary filmmaking, AfriDocs, Africa's only free streaming platform for documentary films, will be focusing on the important issues and debates around irregular immigration. AfriDocs, is launching an informative and engaging series of films that tackle the complex issues of immigration and migration that will be broadcast on select TV channels and streamed for free on the AfriDocs platform.

AfrDocs will showcase stories told from the perspective of African migrants during their harrowing attempts to make it to Europe in hopes of a better life. Take a journey through film that shows the realities, the honest feelings and the facts about attempting to make it across land and sea at all cost.

These films, many of them produced from an African perspective, offer a window into the diverse experiences of refugees, migrants, and those left behind. With the aim of both debunking many of the rumours that exist about immigration and migrants, as well as to humanize the people so often objectified through the West’s portrayal, these six films will be broadcast on a range of free to air television stations in Nigeria, Ghana, Somalia and Ethiopia, as well as on the AfriDocs streaming platform, www.afridocs.net.

AfriDocs is committed to the broadcasting and streaming of African focused documentaries that reflect African voices and with this specialized focus on migration, the series hopes to inspire conversation, debate, and the production of more African produced content.

With the support of the German Foreign Office, AfriDocs will present these films as part of outreach to migrants, and those considering migration in order to enable them to make more informed and empowered decisions.

Kana TV in Ethiopia, SNTV and Horn Cable in Somalia, TV3 in Ghana, Life TV in West Africa and Silverbird TV in Nigeria will screen the films listed below over the next few weeks, while AfriDocs Migrant Stories can also be streamed free anytime, here.

Additionally, AfriDocs will be engaging with the filmmakers from these documentaries and inviting people to share their experiences and insights via social media conversations.

The films that will be screened, include:

My Escape, Elke Sasse, 2016
The mobile phone, for a lot of refugees, is an essential tool to organise their escape: They use it as a GPS, to get information or exchange information in groups, to contact smugglers and keep contact to family members and friends. Some use as a “reporter tool”. Made up from mobile phone footage of migrants or refugees from Syria, Afghanistan and Eritrea during their escape journeys to Europe, plus interviews after their arrival in Germany (or Europe).

Revenir (To Return), David Fedele and Kumut Imesh, 2018
Revenir is a collaboration between the filmmaker and Kumut Imesh, a political refugee from the Ivory Coast in West Africa, currently living in France. Part road-trip, part memoir, part journalistic investigation, this film follows Kumut as he returns to the African continent and attempts to retrace the same journey that he himself took more than ten years ago when forced to flee civil war in his country… But this time with a camera in his hand.

Days of Hope, Dittte Haarløv Johnsen, 2014
Three immigrant stories interlace to offer a portrait of the brave souls who leave Africa for Europe but who always stay connected with home. We rarely see immigrants on the move as humans. Do they have lives separate from the process of immigration? But in fact in a globalised, connected world immigrants are as we are. As the narrative unfolds we learn that each of the three characters has motivations very similar to those that drive us.

When Paul Came Over the Sea, Jakob Preuss, Germany, 2017
Paul has made his way from his home in Cameroon across the Sahara to the Moroccan coast where he now lives in a forest waiting for the right moment to cross the Mediterranean. This is where he meets Jakob, a filmmaker from Berlin, who is filming along Europe's borders. Soon afterwards, Paul manages to cross over to Spain on a rubber boat. He survives - but half of his companions die on this tragic 50-hour odyssey. When Paul decides to continue on to Germany, Jakob has to make a choice: will he become an active part of Paul's pursuit of a better life or remain a detached documentary filmmaker?

Those Who Jump, Moritz Sebert, Morocco, Spain, 2016
In northern Morocco lies the Spanish enclave of Melilla: Europe on African land. On the mountain above, live more than a thousand hopeful African migrants, watching the fence separating Morocco and Spain. Abou from Mali is one of them – the protagonist in front of the camera, as well as the person behind it. At the fence, they have to overcome the razor-wire, automatic pepper spray and brutal authorities. After every failed attempt, they return to Mount Gurugú, scouring for food in the nearby villages, trying to uphold some sort of order in the camp, and building up their confidence again.

Aji Bi, Under the Clock Tower, Raja Saddiki, Morocco, 2016
The film follows the small community of Senegalese women who are living and working in Casablanca, in limbo between "regularisation" in Morocco, or attempting to "cross" to Europe. With humour and sensitivity, the film documents their daily life, as well as their struggles - trying to organise themselves and survive in a Moroccan society that is at the same time generous and hostile. 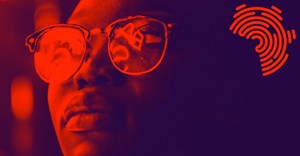 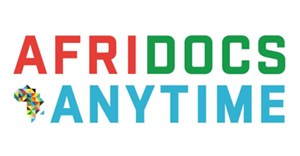