4 Aug 2010 | Email | Print |  PDF
By: Michael Bleby
Pretender to the South African beer crown brandhouse suffered a knock yesterday (Monday, 2 August 2010), when the advertising watchdog knocked back most parts of a complaint it made against local king South African Breweries (SAB).

The Heineken-Diageo-Namibian Breweries joint venture that produces Amstel complained to the Advertising Standards Authority in March about promotional material SAB was giving beer traders as well as a public advertising campaign with a tag line warning "Beware of little green bottles".

Brandhouse said SAB's claims exaggerated the size difference between the 750ml Carling Black Label bottle and its new 660ml Amstel bottle, and exaggerated the deposit a trader would have to make on buying Amstel stock.

The authority dismissed most of the claims and even took issue with the way brandhouse had presented its case.

"If anything is misleading, it is the attempt ... to deflect emphasis away from the fact that the new bottle contains 90ml less beer, by concentrating on the size of the bottle, as opposed to the difference in volume," it ruled.

SAB called the ruling "a victory for consumers and retailers".

The authority did side with brandhouse on one point, when it ruled that the language SAB used - "shoved", "squeezed", "hassle" and "shrunk" - in its Demand More trade catalogue was disparaging. "The choice of these words was deliberate and, in our view, the intention behind their use clear - to smear." It ordered SAB to withdraw the catalogue.

The decision is the latest in a tit-for-tat war between the two beer makers over the township market that accounts for 80% of beer drunk in SA.

SAB has appealed against the authority's ruling in June dismissing its complaints about a trade pamphlet brandhouse had distributed, which said traders would make a higher margin and sell more by retailing brandhouse's 660ml Amstel bottle.

In April, SAB claimed victory in a ruling about a complaint it had made about brandhouse's 16 bottle crate, which promised distributors and retailers savings on transport costs, better storage and reduced fuel costs.

Michael Bleby is the retail industries editor at Business Day 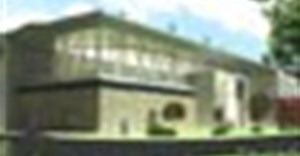