27 Jun 2014 | Email | Print |  PDF
The 2014 Burson-Marsteller's Twiplomacy study, launched on 25 June 2014, shows that Uganda's Prime Minister, Amama Mbabazi, is the most conversational politician on Twitter.
The annual global study of world leaders on Twitter aims to identify the extent to which world leaders use Twitter and how they connect on it. It also revealed that more than 83% of all UN governments have a presence on Twitter and two-thirds (68%) of all heads of state and government have personal Twitter accounts.

The study has discovered that Africa has three people in the top five most conversational world leaders globally, with the most @replies to their followers. These are: It has also found that Kenya's Uhuru Kenyatta is Africa's most-followed president, with 456,209 followers, ahead of Rwanda's Paul Kagame and South Africa's Jacob Zuma.

In early June 2014, Burson-Marsteller analysed 643 government accounts in 161 countries. Only 32 countries, mainly in Africa and Asia-Pacific, do not have any Twitter presence.

"We are proud that, now in its third year, the study has become a must-read on social media's growing importance among world leaders," said Donald A. Baer, worldwide chair and CEO, Burson-Marsteller. "This year we have seen a 28% rise in Twitter accounts among government users, a dramatic increase in efforts to reach people around the world."

"This study illustrates that while the number of followers is important, the number of mutual connections is even more important," said Jeremy Galbraith, CEO of Burson-Marsteller Europe, Middle East and Africa and global chief strategy officer. "It is interesting to see how foreign ministries have created large digital networks on Twitter where not every tweet is approved by lawyers and press officers. Corporations and CEOs can learn a lot from politicians on Twitter, in terms of embracing digital tools for communications and how to connect with peers and influencers."

"Twitter has become a powerful channel for digital diplomacy and 21st century statecraft," said Matthias Lüfkens, Burson-Marsteller's EMEA Digital Practice Leader and author of the report. "It always amazes me how quickly social media teams, and sometimes politicians themselves, react to direct messages sent on Twitter. Twitter has become one of the most powerful communication tools and provides a direct line to our leaders. World leaders might not necessarily read the tweets addressed to them, but their teams certainly monitor the Twitter activity."

To access the complete analysis of these findings, go to www.twiplomacy.com. 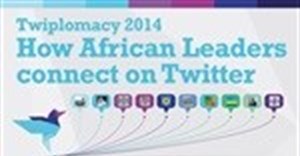 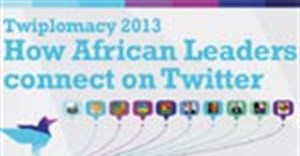