By: Louise Marsland
Data can be beautiful yet insightful, visceral and poetic – not just pragmatic, was the key message from New York-based designer and coder Ekene Ijeoma. His empathy saw him creating The Refugee Project to provide a narrative of global migration. 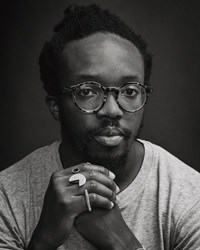 Headlined as an artist, interaction designer and social entrepreneur, Ijeoma urged creatives at Design Indaba this year to see people as citizens, not just consumers. His core message was one of collaboration and empathy because understanding other cultures breeds empathy. He started off his presentation, making everyone in the Design Indaba audience stand up and acknowledge one another, ending off with a hug.

Describing himself as a designer who codes and a coder who designs, his unique worldview sees him tackling projects to address issues to help people. He says he constantly struggles to find ways to capture the world around him, both creatively and from a data analysts perspective. He tries to bridge the gap between the feelings evoked in photography and the facts revealed in data visualisation.

Much of Ijemoa’s work initially involved commercial websites, installations and music videos. But something didn’t sit right and he changed the “frame”. “I wanted to see technology as poetic, not just pragmatic. I wanted to see people as citizens, not just consumers.”

He started looking outside of the frames of photography and worked with design studio, Hyperakt, looking at the data of refugee migration. The collaboration created an interactive lab which could plot refugee migration, The Refugee Project. Data was sourced from the UNHCR refugee data and UN population data.

“We didn’t just want to show the data, but wanted to show political and social causes of refugee migration. We wrote over 100 stories, and were the first to look at the refugee crises over years. We used graphic design to visualise post-genocide and the refugee crisis… Data can be beautiful, yet insightful.”

This is how The Refugee Project is described on the home page: “In every corner of the earth ordinary people are forced to leave their homes, often without notice, often never to return. When they cross international borders, they are called refugees. The Refugee Project is a narrative, temporal map of refugee migrations since 1975. UN data is complemented by original histories of the major refugee crises of the last four decades, situated in their individual contexts.”

It shows a world map with circles and lines showing where refugees are from, which countries gave them asylum and the patterns of movement over the decades until 2015. It also looks at the impacts of refugee migration and provides a history to educate about refugee migration.

The Refugee Project is an experimental learning and exploration tool and feedback is invited.

Ijeoma’s body of work has earned him many accolades, as his official bio attests: he is a NYFA Fellow in Architecture, Urban Structures and Design and NEW INC member. He was named in Adweek's Creative 100 as one of the 10 "visual artists whose imagination and intellect will inspire you"; and Good magazine's Good 100 for "tackling pressing global issues". He’s also been nominated for Design Museum's Designs of the Year award. His work has been exhibited at galleries and museums including Annenberg Center for Photography, Neuberger Museum of Art, Design Museum, Istanbul Design Biennial, Vignelli Center, and Salone Del Mobile. 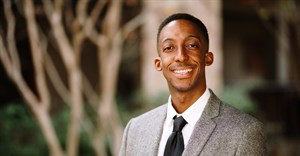 Here is the new skillset future engineers will require17 Jun 2022 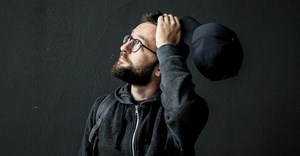 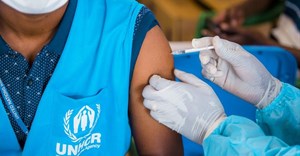