30 May 2007 | Email | Print |  PDF
JWT Johannesburg's Leon Moodley and Erin Brooks will be heading to the Cannes Lions 54th International Advertising Festival next month – their prize as the overall winners of this year's Street Pole Ads Award. The duo will blog direct from one of the world's most prestigious gatherings of influential advertising, creative, direct marketing, interactive media and marketing minds. 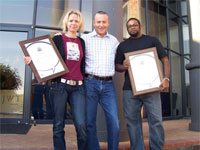 “We said that if we won, we'd run a blog with updates every day that we're there – pics, evidence, the whole bang shoot,” says Brooks. “The address is http://pimpmylion.blogspot.com and come hell or high water, we'll keep it fresh even if we're not. There's this lion, you see, who goes to Cannes...just don't expect Pulitzer winning journalism!”

Meanwhile, the SA National Blood Service (SANBS) has scooped first place for its Street Pole Ad campaign in an international competition. One of the finalists in this year's Street Pole Ads Award, the Don't Let Us Run Out Of Blood campaign was selected as the overall winner in the category for Printed Point-Of-Sale Material at a competition run by the Association of Donor Recruitment Professionals (ADRP).

“The ADRP is an international body that focuses on marketing for blood transfusion, representing members from all over the world,” explains SANBS spokesperson Gail Nothard. “We were up against a number of other entries so we are thrilled our award!”

The Street Pole Ads Award is presented annually by The ADreach Group in an effort to drive creativity in the outdoor media industry in SA. The award is increasingly coveted – not least for the grand prize trip to Cannes and the R100 000 Street Pole Advertising campaign that goes to the winning client; but progressively more for the accolades that accompany a national award, and stand the winners in line for international acclaim.

“In an industry that feeds off and into all media, any kind of exposure is going to stand you in good stead. The voting process itself showcased the work of the finalists and that alone is invaluable in a business where it's not who you know but who knows you. Let's just say the phone rang a little more than usual and leave it at that!” says Brooks.

Moodley and Brooks' Stay Sharp campaign for Berocca – entered into the Street Pole Ads Award under the creative direction of James Daniels – has been submitted into the outdoor advertising category at Cannes; alongside the other three finalists in this year's competition – SANBS, Financial Mail and Metro FM.

Remember to check in on the creative duo at http://pimpmylion.blogspot.com from 17 June 2007 to be kept posted on the Street Pole Ads winners' progress in the international advertising arena. 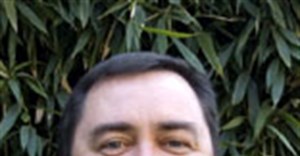 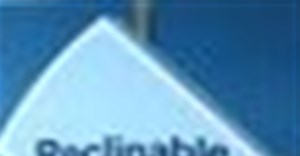 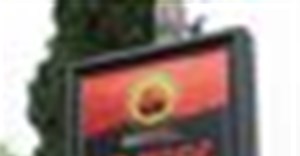