By: Danette Breitenbach
We are living in interesting times, and nowhere is it more true than in the local mining industry. Facing external challenges - such as the commodities downturn - as well as internal ones - namely the continuing uncertain regulatory environment - it is the underlying ability of the industry to deal with these challenges that will determine whether it will have a future.

The only way that the industry can do this is through clear thinking and leadership, says Roger Baxter, CEO of the Chamber of Mines of South Africa.

Speaking at a pre-Joburg Indaba event, together with Niël Pretorius, DRDGold CEO, and Sipho Nkosi, non-executive chairman: talent10, Baxter was part of a panel that addressed the industry and its stakeholders on the cost of doing business in South Africa.

All paddling in different directions

Baxter compared the mining industry to a canoe in the rapids. “The rapids are the global economy and we are in this canoe together, but we are all paddling in different directions. Added to this the canoe also has a hole in it. All that needs to be done if we are to save ourselves is to paddle together in the same direction and plug the hole.”

Attempt not to offend

He argued that despite this state of affairs the mining industry was coming to a point where it was beginning to play a more assertive and engaging role in what it needs to put on the table.

Pretorius says that the industry’s conduct has not helped it case. This, he says, is one of the reasons he believes government was so surprised at the industry’s firm position on the once empowered, always empowered clause in the Mining Charter. “We have become unpredictable in our attempt not to offend and so we do not communicate clearly what we want.”

Stuck in a rut

Apart from this, the industry has fallen into the habit of apportioning blame instead of focusing on our own failures. “The mining industry today is completely different to the mining industry of yesterday, yet we have remained the same. We are still chain-of-command obsessed, while our counterparts in West Africa, Canada and Australia run this business in a different way,” he says.

The result is a lack of enthusiasm of investors into South Africa.

He urged the industry to take a long and hard look at their assets. “Why are we underperforming compared to the rest of the world? We need to manage our realities better. The industry no longer has cheap labour and power. The morality of sending people underground has changed and we need to adjust our conduct and behaviour accordingly. Quite frankly if an ore body is not an ore body, no amount of talking is going to make it one. We need to learn to say goodbye.”

How can we grow the industry?

“We tend to fight about existing resources, old mines and resources that have been mined for the last 50 years, thinking that we will find value out of it,” says Nkosi, adding his voice to the discussion. “We need to look each other in the eye and say ‘how can we grow this industry?’ There is a need to elevate the industry, so everyone can see it is growing and bringing in new skills and young people - instead of fighting about old assets.”

“No one can tell me what the vision of this industry is,” he adds. “We need to define what we want to be and then how we are going to do it, and we must then do it honestly.” He explains that despite the massive change in the country since 1994 and the deals done amounting to billions of rands in the mining industry, people do not see the industry as having changed.

About what we do now

“Whether the industry has transformed or not, has acted honestly or not or tried to do things differently does not matter; it is about what we do now. We need to define our space and then occupy it, and make our voices heard. Instead of being so reactive, we must be more proactive. We all moan about the regulatory environment, but we all have different ideas about what is wrong with it.”

The industry does not take advantage of the remedies that the country provides. “If the regulator is not doing his job, why are we not taking him to court and solving the problem? Until we pursue all the remedies available to us, we cannot blame the regulator,” says Pretorius.

In conclusion, Joburg Indaba chair, Bernard Swanepoel, called for the industry to meet in February next year to talk about a compelling vision for the mining industry.

Danette Breitenbach is a marketing & media editor at Bizcommunity.com. Previously she freelanced in the marketing and media sector, including for Bizcommunity. She was editor and publisher of AdVantage, the publication that served the marketing, media and advertising industry in southern Africa. She has worked extensively in print media, mainly B2B. She has a Masters in Financial Journalism from Wits.
Read more: Chamber of Mines, mining industry, Sipho Nkosi, DRDGold, Bernard Swanepoel, Roger Baxter, Niël Pretorius, Joburg Indaba 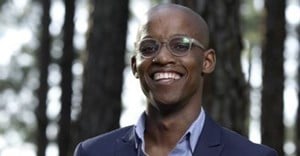 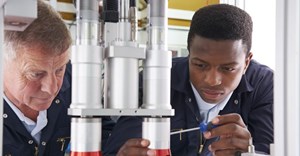 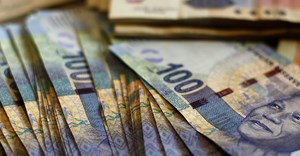 Climate change and the mining sector financial sustainability: Risks, responsibilities, and opportunities6 May 2021 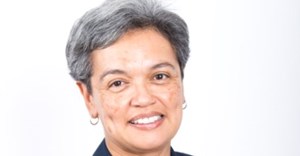 Compliance a priority as Covid-19 continues to shake up mining5 May 2021
More related
Republication of selected Bizcommunity content for non-commercial purposes is allowed if the original article is linked to with "Source: www.bizcommunity.com". Please click here for more information and to request permission.
Let's do Biz