Stepping out of the Shadows

By: Ruth Cooper
With the title of Best Rock Band under their skinny jeans, courtesy of the 2012 SAMAs, Shadowclub, the "balls of steel band", is confidently climbing the SA musical ladder one rung at a time, with the aim of taking a plunge into international waters once a sufficient local height has been reached. We chat to drummer Isaac Klawansky, one third of the high-energy Jozi rockers about SAMA Drama, Kings of Leon and what it takes to become, and remain, a big fish in the murky overpopulated tiny pond that is SA music.

First of all, congrats on winning Best Rock Band at the SAMAs. Were you expecting to win and what were your first thoughts when Shadowclub was announced?

(Isaac)Thank you! We were definitely hoping to win, and would have been disappointed if we hadn't. That being said, there were so many talented artists in the category of Best Rock that I think it was anyone's game. There was, however, an energy in our surroundings just before the award was announced that did lead us to believe that we were going to take the award and when our name was announced those feelings were solidified, and we were overcome with joy and relief.

The SAMAs have come under certain scrutiny and received negative comments in the past. It seems like they have seriously jacked up their game this year. What is your take on the SAMAs these days?

Being performers on the show we were given a taste of what was happening behind the scenes and I can tell you that the production was extremely organised, precise and professional, and the result can be seen in the final product - a slick world-class awards show.

What was the SAMA Drama 2012 experience like for you?

We loved every moment of it. We were really well looked after and we had lots of fun, before and after the awards!

What was it like opening for Kings of Leon? Did you get to spend some time with Followills?

Opening for KOL has definitely been a highlight of our careers so far. We have always been huge fans of the band and getting to share a stage with them was a dream come true. We did get to spend some time with certain members of the band, but it was brief.

You guys have been in the business for a while but only fairly recently have you received substantial props. What's your advice for the bands still striving for success?

First and foremost, you have to know that what you are doing is special and unique. You have to be passionate about your project and prioritise your work. Then you need to stick it out through all the shit and work fucking hard. This life is extreme and you need to be able to handle the highs and the lows. Our motto is "Balls of steel" and that's what we live by. Oh, and play as often as possible, every day, all the time.

How did Brian Lucey (who worked with The Black Keys and Jane's Addiction) get involved in the mastering of "Guns & Money"?

That was the brilliant idea of Karl Anderson of Just music. He proposed the idea of getting Brian Lucey to master the album and, of course, being huge Black Keys fans, we loved the idea. Then he made it happen.

What's it like being a rock 'n' roll band based in Joburg? How are plans to go international progressing?

It's tough because the scene is still tiny. It's growing and there is immense talent in this country, but the infrastructure is not altogether there. That being said, we make it work for ourselves by touring very hard, by being constantly in touch with our fans, and by concentrating on putting on quality live performances, and putting out good recordings. We are working on international plans, yes.

If Shadowclub could be characterised as an animal, what would it be and why?

When's the next album out?

At this point we have only just started writing the new album, so it's tough to put a release date on it now - but it's definitely in the pipeline.

What's the first thing that comes to mind when you hear the following words?

Ruth is the production manager at Bizcommunity. moc.ytinummoczib@htur 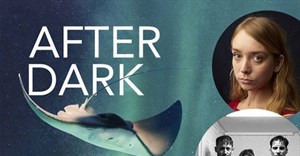 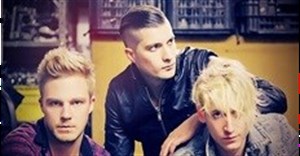 Shadowclub and Woodstock Mafia opening for Chevelle! Last chance to win tickets14 May 2013 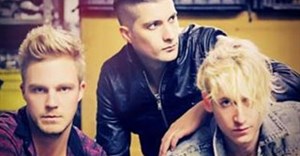 Shadowclub to open for Chevelle6 May 2013 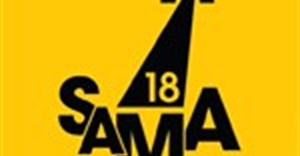