Looking at the purpose of digital in 2019

16 Jan 2019 | Email | Print |  PDF
It's 2019, and at the beginning of every year, everyone from major consultancies to futurists tries to predict what's to come in the world of business and technology. So, by looking at data from TransUnion combined with market insights, here's a practical Africa-centric picture of where we're headed over the course of 2019.
“One of my favourite phrases is 'when digital stops being a thing, it becomes everything'”, says Lee Naik, CEO at TransUnion.

According to Naik, the trends below encapsulate this, as the disruptive technologies and trends that once seemed so exciting are becoming ordinary parts of our lives.

2019 is shaping up to be a year of reflection and re-imagination - where we can strip away the hype and meaningfully consider the impact disruptive technologies are having on our society and how we’re going to respond.

“Biometrics, robotics, AI, augmented and mixed reality: none of these technologies are new,” says Naik. NASA has been using a digital twin framework as far back as the Apollo 13 mission.

According to Naik, “what is new is the way in which they are maturing and converging at more or less the same time, allowing them to build on each other and enable new applications. Many potentially game-changing technologies are expected to be embedded in our core processes within the next few years”.

As an example, smart cities are exploring the use of real-time machine learning and Edge computing to better deliver existing connected services. As sensors become cheaper and more ubiquitous, more are gaining access to the digital tools needed to mix and match applications for truly new solutions.

At the same time, the catalyst that will allow these technologies to become accessible to the average African consumer is finally within reach.

In 2018, we saw the first commercially available 5G service launched in Lesotho, with more rollouts planned throughout 2019. With 5G offering speeds up to 1000 times faster than what we’re used to, digital connectivity is about to take a quantum leap forward in Africa. With it will come the infrastructure needed for always-connected devices and a fully immersive IoT-driven society.

5G will become the mainstream ecosystem by 2022

In 2019, machine learning and AI are no longer the sole domain of the Big Four multinational tech companies (Google, Amazon, Facebook, and Apple – GAFA) and major tech organisations. Naik says that we’ve already seen chatbots flourish as the tools to build them have become available to the Average Joe.

We’re now seeing the same happening with more advanced AI analytics as DevOps embraces end-to-end automation. The more complex, labour-intensive tasks associated with AI are now being packaged into simple, easy-to-deploy applications, and accessibility is opening up in a big way.

#BizTrends2019: AI is a game-changer for the legal industry

Naik notes that what this means is that anyone with enough development knowledge can theoretically build their own mini-Watson, not just major enterprises with full data science teams at their disposal. Start-ups, entrepreneurs, small businesses and NGOs alike will be able to leverage existing tools to create their own AI-driven platforms and ecosystems.

According to Gartner, citizen data scientists are expected to grow at five times the rate of their professional counterparts.

Organisations and entrepreneurs in Africa, in particular, stand to benefit as they can more easily access game-changing data analytics that would’ve been unthinkable years ago. On the flipside, the competitive landscape is about to get a lot hotter as sophisticated AI becomes not just a nice-to-have but a key competitive differentiator.

Naik advises that organisations are going to need to take a serious look at their business intelligence capabilities going into 2019 and see whether they can keep up in a market where AI is everywhere.

The question of digital identity

With the meeting of the digital and physical worlds, having a fully formed digital identity is increasingly important in being able to access real-world services. From banking to travel to hospitals, industries are embracing the use of biometrics, digital onboarding, and connected devices to serve consumers. Anyone who lacks a digital footprint stands to be left out.

Shifting to a digital identity model isn’t easy, not when identity fraud, spoofed information, and even deepfakes are everywhere. It’s never been more important to have the tools and processes in place to be able to distinguish real from fake. The other defining question around digital identities is how you integrate an individual’s online and offline behaviours to form a unified picture of who they are.

Naik says we can expect to see a major focus in 2019 on data protection technologies as organisations struggle with how to deliver more relevant experiences to their customers, without exposing themselves to risk.

Identity inclusion stands to be the next great frontier in digitising society, especially in the developing world where the standard identity markers – ID numbers, addresses, utility bills, sources of income - don’t always work. Thankfully, Africa has a head start in looking beyond traditional ways of verifying digital identities to drive service delivery.

Clean up your data

Over the past few years, we’ve seen increased awareness among consumers around their personal data and what it is used for. Even major players that previously seemed untouchable are not immune to scrutiny of their data and security policies. Cambridge Analytica has continued to haunt Facebook, and more companies have faced significant public backlash following breaches or exposure of poor data practices. The public has less tolerance for bad data practices every year.

“The implementation of various consumer protection policies around the world - GDPR and PoPIA in particular - put organisations even under greater pressure to secure and utilise personal data ethically. With great power doesn’t just come great responsibility but also a greater chance of legal and financial consequences if you don’t follow through," says Naik.

“Data protection technologies and services should thrive as a result, but we’ll also see companies wrestling with just how to implement analytics and make use of personal data without falling foul of privacy laws. Thankfully, even as AI poses a challenge, it also provides a potential solution - already, we are seeing sophisticated automated compliance solutions powered by machine learning and natural language processing."

Lately, we’ve seen a societal shift towards not only more ethical consumption of products and services but also trying to live a more purposeful life. Faced with more choices and information than they've ever had access to, consumers are striving to make more meaningful choices whether it's who they work for, what they spend their time doing, or how they spend their money.

Similarly, organisations are wrestling with their own purpose in a world with nearly unlimited data and powerful technology. Naik questions “how do you make the right choices to grow and deliver meaningful outcomes to shareholders, consumers and society at large?"

As the hype dies down on disruptive technologies and they become an accepted part of our everyday lives, 2019 provides an opportunity to seriously consider how they can be used purposefully.

According to Naik, if every choice we make is capable of being enhanced with data, and every object a potential source of rich insights, then the limits on what we can and can’t do to create better businesses and societies fall away. Expect the concept of ‘information for good’ to reach into even the most unexpected places as we explore what it means to exist in the midst of the fourth industrial revolution.
NextOptions
›
Email Print PDF
Read more: TransUnion, tech predictions, tech trends, disruptive technologies, Lee Naik 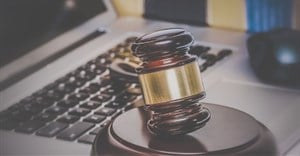 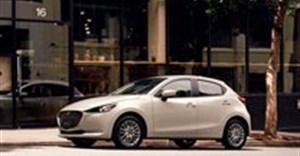 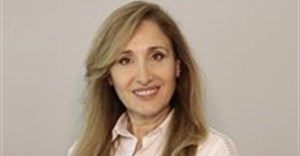 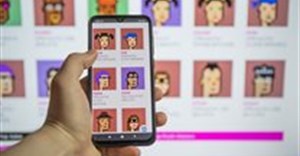 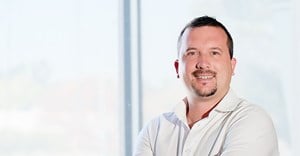 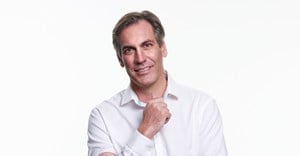