2 Jun 2022 | Email | Print |  PDF
By: Leslie Petrik and Cecilia Yejide Ojemaye
The adage "out of sight, out of mind" has long summed up humans' attitude to dumping personal and industrial waste. In a 1974 Scientific American article, the oceanographer Willard Bascom wrote that "the ocean is the plausible place for man to dispose of some of his wastes". If done "thoughtfully", he continued, "it will do no damage to marine life". But it hasn’t been done thoughtfully. Earth’s oceans are not only full of plastics: they’re also clogged with dumped medications, antibiotics, disinfection products, household chemicals and pesticides, among other products. This isn’t just bad news for the environment and marine life. It harms humans too. The compounds contained in some of these dumped products cause feminisation and lower the quality of sperm. They can also lead to sexual abnormalities and reproductive impairments in both sea life and humans as well as causing persistent antibiotic resistance and endocrine disruption.

In a recent study in South Africa, we tested for the presence of eight selected pharmaceuticals and personal care products in Cape Town’s False Bay marine environment. False Bay is 30km wide, located between Cape Hangklip and the Cape Peninsula of South Africa on the perimeter of Cape Town, a city with a population of close to 4.6 million people.

Our findings were troubling. We tested the seawater itself as well as the sediment, seaweed, and five marine invertebrates: limpets, mussels, sea urchin, sea snail and starfish. Numerous compounds were found in the various species. These included diclofenac, a widely prescribed anti-inflammatory drug, and the antibiotic sulfamethoxazole, which can promote antibiotic resistance in the many faecal microorganisms that contaminate sea water through poorly treated sewage effluents. The City of Cape Town has published a report showing extensive faecal contamination of the Peninsula coastline.

When humans eat fish, mussels and other foods tainted with antibiotics, the residual antibiotics may cause bacterial pathogens to become resistant. The resistant bacteria don’t respond to standard antibiotics and can proliferate unchecked. This means the most important treatment options for infections are rendered useless.

These results, which echo findings of our previous studies in two other Cape Town marine environments, Camps Bay and Sea Point, point to major flaws in the city’s wastewater treatment plants. Urgent action is needed to address these issues and limit the many different chemical compounds and pollutants poured into marine environments.

This multi-source contamination is a global concern. A recent US study, for example, found 104 commonly prescribed pharmaceuticals in a popular food fish.

In our False Bay study, we found the presence of numerous pharmaceuticals and other compounds. Their concentrations varied significantly across the eight sample sites. This could be because the various species found at the sites have differing abilities to absorb and metabolise these compounds. The sites also had different contaminant profiles due to ocean current mixing or proximity to discharged effluents.

Limpets, the varied-sized and -coloured seashells that cling to rocks, were found to have the highest concentrations of these compounds compared to the edible organisms such as mussels and sea urchins. Although limpets are not an edible species, this knowledge is valuable: limpets could be used as sentinel organisms to monitor pollution in and around the ocean – a sort of “canary in the coalmine”.

In this study, as in our previous research, the pharmaceuticals, pesticides, industrial chemicals and personal care products were most commonly found at low concentrations in the seawater samples. Significantly higher levels were detected in the marine species and seaweed samples. This can do serious harm over time, slowly killing off the sea creatures and affecting the area’s biodiversity.

We also studied samples of four common fish species that are often consumed locally, like snoek and bonita (a tuna species). We found even higher levels of these chemical compounds in their flesh. That included four types of pesticides, eight different pharmaceuticals and five different perfluorinated compounds, all of which are termed “persistent organic pollutants”. They do not degrade rapidly, so they stick around in the environment for a long time.

The sewage that causes this widespread pollution isn’t just dumped into the ocean. The City of Cape Town has 17 wastewater treatment or sewerage works and six smaller facilities spread across the Cape Peninsula. The treatment plants are meant to clean the water enough that it can safely go into rivers, canals, the ocean, or other water bodies.

But these measures, our findings suggest, may not be keeping up with the city’s rapidly growing population and the rising number of pharmaceuticals and other chemicals being produced and consumed.

In reality, there are few such tertiary treatment stages at any of Cape Town’s currently inadequate wastewater treatment facilities because the regulations governing the quality of effluents released from waste water treatment plants are not strict enough. This allows poorly treated effluents to be discharged – and many microbes, as well as chemical compounds and pharmaceutical pollutants, escape and are released directly into oceans via rivers.

There are also three “marine outfall pipelines” that pump untreated sewage – only sieving out larger items – directly from toilets and drains into the ocean via underwater pipelines. As our studies show, then, microbial and chemical contamination from faeces is now widespread around the Peninsula.

The release of untreated sewage via marine outfalls must be prevented. Sewage water treatment plants should be upgraded to include tertiary stages. The regulations governing the quality of effluents need to be more stringent – and must be monitored more carefully for chemical content.

The ocean is part of Cape Town’s identity. It is a lifeblood for many in the fisheries sector, which is a multi-billion rand industry. City officials need to act urgently to make sure not just that marine life can flourish but that human health isn’t compromised by what’s dumped into the oceans. 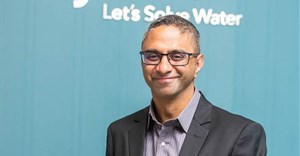 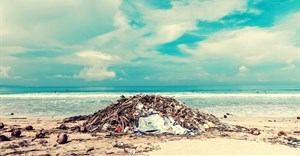