4 Mar 2022 | Email | Print |  PDF
Various civil society organisations, including Green Anglicans, WWF South Africa and Greenpeace Africa, and the minister of Forestry, Fisheries and the Environment Barbara Creecy have welcomed the adoption of the resolution to end plastic pollution with an international legally binding instrument. The resolution, titled End plastic pollution: Towards an international legally binding instrument, addresses the full lifecycle of plastic, including its production, design and disposal.

It is based on three initial draft resolutions from various nations and establishes an Intergovernmental Negotiating Committee (INC), which will begin its work in 2022, with the ambition of completing a draft global legally binding agreement by the end of 2024.

”Landmark and significant decision to protect the environment”

Reacting to the historic resolution, minister Creecy said this represents an “important landmark and significant decision to protect the environment and particularly our oceans that are important for food security, addressing climate change, improving health and promoting sustainable development and poverty eradication”.

Green Anglicans’s Rev. Dr Rachel Mash welcomed the resolution, saying that “it is very important that informal waste pickers have been recognised as key stakeholders in the process going forward”, while Erastus Ooko from Greenpeace Africa also welcomed the resolution saying that “our decision makers have made us proud, and our leaders are on the side of the people at last”.

Ooko added that “the ball is now in the court of the International Negotiation Committee to see this through and deliver to the world a legally binding treaty to end the plastic pollution crisis”.

Developing countries need to be involved in the implementation

Peter Manyara, programme manager for coastal and ocean resilience at IUCN Esaro, said “the sustained multi-year focus on plastics has laid the foundation for where we are today, importantly highlighting that the current global governance framework is broken to get us out of the current plastics crisis”.

“Developing an instrument is great, but clearly outlining and ultimately operationalising means of implementation, monitoring and reporting is equally important,” Manyara added.

Dr Prabhat Upadhyaya, senior policy analyst on climate and plastics at the WWF South Africa said plastic pollution impacts individual species and entire ecosystems, threatening the wellbeing of societies and economies that are dependent on their health, hence the WWF welcomes resolution.

“In addition to being legally binding, the treaty also needs to build provisions for making financial, technological and capacity building support available and accessible to enable and strengthen effective implementation by developing countries, especially for Africa countries,” Dr Upadhyaya said. 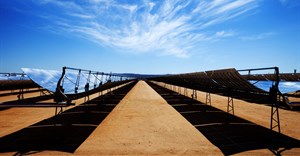