24 Nov 2021 | Email | Print |  PDF
Creating sustainable, scalable ways to preserve and restore polluted rivers. Using alien vegetation to produce eco-friendly fuel. Recycling previously unrecyclable plastics into strong eco-bricks. These were among the inspirational initiatives that received top honours for their contribution towards mitigating climate change at the virtual Climate 360 conference last week.
The interactive event, hosted by the European Union Delegation to South Africa, in partnership with the embassies of Denmark, Finland, Flanders, France, Germany, Netherlands, Poland, Portugal and Sweden, went well beyond shining the spotlight on the climate crisis - it highlighted and rewarded diverse, sustainable and real solutions through powerful speakers and an inspirational competition.

Move from a linear environment to a circular economy “vital”

In her keynote address, Emiley Vollmer, an entrepreneur and banker by profession, spoke about how she draws on the lessons she learned as a baby abandoned in the Zambian bush in her business life, and her passion for the circular economy and preserving the natural world.

Research has shown that the world only has about 60 years of top soil and harvests left due to the effects of climate change. Vollmer said it is vital to move from a linear environment, where we “take something out of the ground, make something out of it and throw it away”, to a circular economy, “where you make sure material stays within the economy for as long as possible” through reuse, recycling and repairing.

“We are visitors on this planet. Nature doesn’t need us, we need nature. We need to find ways to survive together with nature. I have hope for the future, but we need to understand that we’re running out of time,” Vollmer added.

Ambitious commitments and a just transition: COP26 and Africa

Khanyi Chaba, sustainability champion, businesswoman, endurance runner and mountaineer, spoke about how the lessons she has learned from conquering some of Africa and the world’s highest peaks are relevant to the effort to mitigate climate change. She said we need to “be humble” on this journey, we are all equal and it takes teamwork to deal with this crisis.

Chaba added that she spoke not only as a custodian of the climate agenda, “but also as a woman, a mother, a sister and a fellow citizen, who is concerned about our world”.

Ambassador of the Netherlands to South Africa, Han Peters, said it is impossible to effectively combat climate change without partners, and the partnership he had in mind was the “triple helix” - cooperation between academia, industry and government to solve problems.

In South Africa, the private sector is still too often seen as a rival rather than a partner, and while such partnerships may be challenging, they are rewarding.

Early movers to a circular economy “will benefit from this shift”

The ambassador of Finland to South Africa, Anne Lammila, said there was no other option but to shift to a circular economy and that the early movers, innovators and investors in the circular economy will benefit from this shift.

Finland supports the work of the government, private sector, civil society and academia engaged in work around the circular economy in South Africa, Lammila said, expressing the hope that the next World Circular Economic Forum will be held in Africa - perhaps in South Africa.

“We all must act now,” said Dr Geraldine Reynemants, the general representative of Flanders to South Africa, noting that now that the world’s leaders have returned home from the COP26 climate conference in Glasgow, “we need to leverage everything towards climate mitigation”.

South Africa is, and will be, hard hit by the climate crisis, with the country’s average temperature increase already twice the global increase, Reynemants said. Flanders works with a mix of actors on projects for climate change adaptation in South Africa, with a primary focus on empowering local communities.

The two-day conference ended with the announcement of the five Climate 360 competition winners. They are: 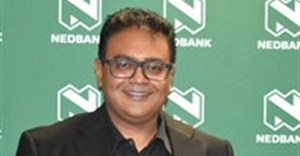 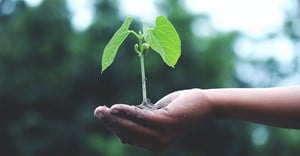 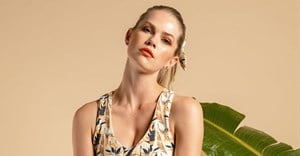