China's Year of the Dragon present 2011 was another bleak year for South Africa's tourism industry with Europe seemingly on the verge of collapse and no great news coming from America. During the festive season it would have been easy to feel depressed looking at the year ahead of unexciting revenues as the hangover of the financial crisis stubbornly persists and continues to decimate our traditional tourism markets. It was thus that the long delayed South African Airways (SAA) announcement that it would launch a non-stop Johannesburg - Beijing route in January 2012 could not have been better timed as a Chinese New Year present to an industry clawing for survival.

At under 15 hours (and importantly, no connection flights) the new flight shaves off a minimum of three to seven hours of currently available options and will be competitively priced, all excellent incentives that will ensure the strong growth of Chinese travellers to South Africa. A code-sharing arrangement with Air China for a Johannesburg - Shanghai route is already in place while SAA also noted that other Chinese destinations would be considered in the future. Considering China has 20 cities with a population of approximately ten million people (the size of Johannesburg metropolitan area, including Ekurhuleni, the West Rand, Soweto and Lenasia) this will all bode well for a market growing in curiosity of our country destination.

Chinese arrivals to South Africa in 2010 experienced a breathtaking 33% growth over 2009, jumping from 51 000 to 68 000 arrivals. China is already the largest source of outbound travel and tourism in the Asian region, and if their arrivals were to grow even at the slower pace of 20% per annum, China will effortlessly replace France and the Netherlands for their current fifth and fourth respective positions in the next five years.

Other supply side numbers are even more encouraging. China's economy, now the world's second largest, is driven by its citizens that account for 20% of the world's population. Its urban population is expected to grow from current 630 million to 830 million by 2019. In 2010, 57 million Chinese travelled abroad, while 250 million already have the financial means to travel abroad. In the mass market, Chinese tourists spend on average R20 000 per trip but their well-heeled brethren literally spend hundred's of thousands of rands on luxury product purchases while abroad. China today has 115 Forbes-listed US dollar billionaires (second only to the USA), and an estimated 4000 rand billionaires. Beating all other countries, they have around one million US dollar millionaires.

As China's outbound travellers grow to the estimated 100 million annually by 2020 and as their tastes develop to include long-haul developing destinations like South Africa, China has the potential to become South Africa's largest source of travel arrivals, replacing current incumbents the UK, USA and Germany. China is already our largest trading partner, add in direct flights as we now have and the game has changed significantly. With added alternative routes over time, to facilitate the travel of half a million Chinese passengers per year, it is not inconceivable that China will become our biggest tourism source market within as little as eight years.

Realistic? Yes! Inevitable? No! In order for China to become South Africa's largest source market in eight years much more of a collective effort will be required as South Africa is not well understood in China. By collective effort I infer all the potential beneficiaries of this surging market such as our provincial and city promotion bureau's, tour operators, hotel and resort groups and tourism activity/logistics companies.

South African Tourism is doing a commendable job in promoting our country as a whole but as different Chinese consumer segments have different tastes and requirements how are they to be educated about the niche travel opportunities that await them in South Africa if the only private sector tourism companies proactively engaging China can be counted on one, maybe two hands?

The economic rise of China is no longer an academic debate but a reality as the world's second largest economy. Similarly the debate as to whether to reallocate a portion of tourism marketing dollars away from our traditional source markets of Europe and America to China should also come to an end that we can get on with the job at hand and grow China's arrivals to South Africa to at least half a million per year by 2020, and thereby ensure the prosperous development of our tourism industry and its people.

Michael Jones is a co-founder of AfricaCreate, a Beijing-based travel and tourism sales and marketing company. Contact him at moc.etaercacirfa@leahciM. For more information go to http://www.africacreate.com/content/.
Read more: Michael Jones, Year of the Dragon 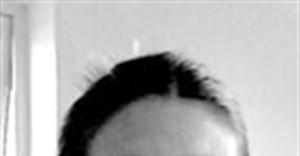 Will the new country branders please line up?11 Dec 2009