4 May 2022 | Email | Print |  PDF
The International Air Transport Association (Iata) has released March 2022 data for global air cargo markets showing a drop in demand. The effects of Omicron in Asia, the Russia-Ukraine war, and a challenging operating backdrop contributed to the decline...
To note, air cargo demand returned to year-on-year traffic comparisons, instead of comparisons with the 2019 period, unless otherwise noted. Cargo demand is tracking below pre-COVID-19 levels, and capacity remains constrained.

• Global demand, measured in cargo tonne-kilometres (CTKs*), fell 5.2% compared to March 2021 (-5.4% for international operations).
• Capacity was 1.2% above March 2021 (+2.6% for international operations). While this is in positive territory, it is a significant decline from the 11.2% year-on-year increase in February. Asia and Europe experienced the largest falls in capacity.

Several factors in the operating environment should be noted:

• The war in Ukraine led to a fall in cargo capacity used to serve Europe as several airlines based in Russia and Ukraine were key cargo players. Sanctions against Russia led to disruptions in manufacturing. And rising oil prices are having a negative economic impact, including raising costs for shipping.

• New export orders, a leading indicator of cargo demand, are now shrinking in all markets except the US. The Purchasing Managers’ Index (PMI) indicator tracking global new export orders fell to 48.2 in March. This was the lowest since July 2020.

• Global goods trade has continued to decline in 2022, with China’s economy growing more slowly because of Covi-19 related lockdowns (among other factors); and supply chain disruptions amplified by the war in Ukraine.

"Air cargo markets mirror global economic developments. In March, the trading environment took a turn for the worse. The combination of war in Ukraine and the spread of the Omicron variant in Asia have led to rising energy costs, exacerbated supply chain disruptions, and fed inflationary pressure. As a result, compared to a year ago, there are fewer goods being shipped—including by air. Peace in Ukraine and a shift in China’s Covid-19 policy would do much to ease the industry’s headwinds. As neither appears likely in the short-term, we can expect growing challenges for air cargo just as passenger markets are accelerating their recovery," said Willie Walsh, Iata’s director general.

Asia-Pacific airlines saw their air cargo volumes decrease by 5.1% in March 2022 compared to the same month in 2021. Available capacity in the region fell 6.4% compared to March 2021, the largest drop of all regions. The zero-Covid policy in mainland China and Hong Kong is impacting performance.

European carriers saw a 11.1% decrease in cargo volumes in March 2022 compared to the same month in 2021. This was the weakest of all regions. The Within Europe market fell significantly, down 19.7% month on month. This is attributable to the war in Ukraine. Labour shortages and lower manufacturing activity in Asia due to Omicron also affected demand. Capacity fell by 4.9% in March 2022 compared to March 2021.

Middle Eastern carriers experienced a 9.7% year-on-year decrease in cargo volumes in March. Significant benefits from traffic being redirected to avoid flying over Russia failed to materialize. This is likely due to subdued demand overall. Capacity was up by 5.3% compared to March 2021.

Latin American carriers reported an increase of 22.1% in cargo volumes in March 2022 compared to the 2021 period. This was the strongest performance of all regions. Some of the largest airlines in the region are benefitting from the end of bankruptcy protection. Capacity in March was up by 34.9% compared to the same month in 2021. 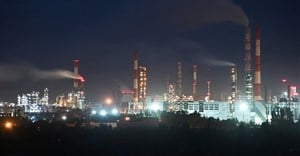 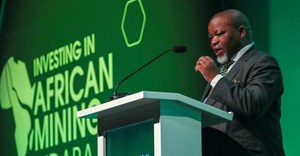