10 Oct 2017 | Email | Print |  PDF
Following on their commitment to Nigeria and the development of its hotels and tourism segment, Bon Hotels has acquired an additional four properties, bringing the total to sixteen hotels under its management agreement within only 18 months - making the company the largest hotel operator in Nigeria.

Due to the recent economic upswing and the official end of the recession, the group continues to extend its footprint in the region, showing remarkable growth in a short space of time, anticipating another two hotels to be signed before the year is out, and twenty in total by early next year.

Powerhouse of tourism and hospitality

The four hotels recently acquired will be four-star graded and of an international standard: Bon Hotel Tripod Owerri, will provide a 70-room hotel catering to the corporate and leisure markets which are due to open early next year, Bon Hotel Sunshine Enugu, a four-star, 120-room hotel primed for the business traveller will open its doors to the public in January 2018. Bon Hotel Newland Abuja is in Wuse 2 and Bon Hotel Airport Enugu are still under construction and due to open in 8 to 12 months.

The executive director of operations at Bon Hotels International West Africa (BHIWA), Paul Umoh who was recently appointed to the board, says he has pledged to uphold the tradition that has made Bon Hotels the leading hotel group in Nigeria and is committed to further driving this expansion of the brand throughout West Africa. Speaking at a press event held in Lagos earlier this month, Umoh said, “Nigeria has the potential to become a powerhouse of tourism and hospitality on the continent. In Africa, you need to add value well before you start to extract value.” He added that too many international operators lose sight of this in Africa, and try to focus on the extraction of value, rather than adding value to jobs, tourism and training, and being in the country for the long term.

Umoh says that he is excited that the shift to local operators has been well received, and will continue to focus on the development of skills and talent in West Africa, operating to truly international standards. 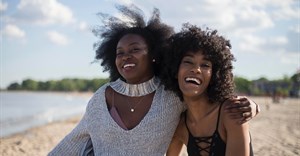 A guide to the Gen Z guest and traveller4 May 2022