The rand closed at its best levels in nearly three weeks as positive news on the Covid-19 vaccine front saw a move to riskier assets. There were some gains in commodities that have also helped the rand. Emerging markets firmed, and the dollar slipped against most currencies. The rand closed at R15.69 last night, over 1.0 % stronger on the day, and is currently trading a touch softer at R15.73.

The R15.50 target for the rand is in play now, but we are unlikely to see that level before tomorrow's US inflation data.

The FOMC meeting next week will also remain essential.

Gold ended flat yesterday while there were modest gains for Platinum, Palladium, and Copper. Gold will continue to watch what happens on the inflation front as this will likely be a key driver for the yellow metal. The FOMC meeting will also be carefully watched to see if tapering is going to be ramped up. This morning Gold is up a touch at $1,787, Platinum is flat at $960, and Palladium is up at $1,870.

The DXY index slipped to close at 95.89 last night as risk appetite saw the euro rebound strongly to close 0.7% higher at 1.1342. This morning the DXY is quoted just above 96.00, with the dollar trading at 1.1332 against the euro and 1.3215 against the pound. The pound is under pressure due to expectations that the BOE will only start hiking interest rates toward the end of Q1 next year.

The US bond yield curve steepened again yesterday as the 30 and 10-year yields rose while the five and two-year yields remained relatively flat. Wall Street had another green day, but gains were small as investors await tomorrow's CPI numbers. US futures have opened unchanged this morning while Asian-Pacific markets are mixed.

The JSE's ALSI lost 0.73% to close at 72,404, with only Financials ending in the green.
NextOptions
›
Email Print PDF
Read more: Andre Cilliers, TreasuryONE 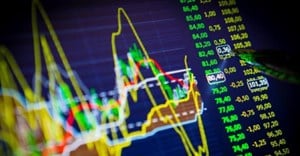 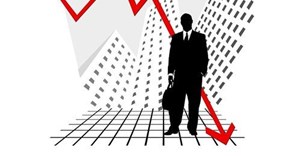