12 Nov 2014 | Email | Print |  PDF
South Africa's Department of Trade & Industry is following an industrial development strategy that uses special economic zones (SEZ's) to encourage industrial development...
SEZ's are geographically designated areas of a country set aside for specifically targeted economic activities, supported through special arrangements (that may include laws) and systems that are often different from those that apply in the rest of the country.

There are ten planned SEZ's across the country focused on sectors such as agri-processing, minerals beneficiation, logistics, renewable energy and petro-chemicals, which are based on the sectors requiring critical support as identified by the Industrial Policy Action Plan.

Atlantis' history, though riddled with disappointment of migration of companies out of Atlantis when subsidies and incentives were withdrawn, is a history nonetheless of a community that was once an established industrial centre. This means that there is a current unemployed workforce that has previously acquired the basic minimum skills required by industry which operated there before.

The community also boasts built environment infrastructure and a working ecosystem of stakeholders working together to re-establish industry in the area. The road infrastructure for transportation of goods and the MyCiti bus routes has also raised the prominence of Atlantis as an ideal location to conduct business.

The factors above provides the purpose of applying for designation of Atlantis as an SEZ, which is to utilise the multi-layers of support to encourage industrial growth and job creation in the area.

Along with national government's economic policy incentives, the Western Cape provincial government has also highlighted the goal of developing the West Coast as a green economy hub. The City of Cape Town demonstrated their commitment to Atlantis by announcing an investment incentive scheme early in 2013.

The scheme benefits include financial and non-financial measures and apply to any business intending to locate to or expand operations within the Atlantis industrial area. Scarcity of natural resources and global warming has sparked growing international interest in green technology. Greentech, as it is more commonly known, is a way of offering energy security at a reasonable cost.

Atlantis GreenTech SEZ is one of the mechanisms aimed at creating an enabling environment for positive economic development. The SEZ will focus on greentech industrialisation in Atlantis. GreenCape is the project management office on behalf of the DTI, provincial government and the City of Cape Town for the application for designation in Atlantis. The application is expected to be made before the end of 2014.

"GreenCape is hoping Atlantis will be one of the first zones designated by the Department of Trade & Industry," said Mike Mulcahy, project executive for Atlantis SEZ. "Designation is viewed as a logical extension to the province's ongoing efforts to position itself as Africa's greentech manufacturing hub, as outlined in a recently published green economy strategy framework."
NextOptions
›
Email Print PDF 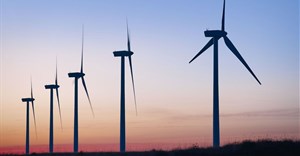