12 May 2022 | Email | Print |  PDF
By: Ryan Bubear
Chinese firm Haval has quickly risen up the ranks in South Africa. We take a look at the sales figures to determine just how far GWM's crossover sub-brand has climbed in the half-decade it has existed in the country.
Let’s be frank: automotive brands from the world’s most populous nation have quite simply not resonated with South African car buyers. Geely came and went, Faw's passenger-car efforts flopped (though its truck business didn’t), Foton failed to crack the bakkie market and JMC’s lesser-spotted Landwind marque is seemingly a thing of the past, too.

Baic is soldiering on (though when last did you spot one out on the road?) and Jac Motors is sticking firmly to the commercial space, while Chery’s second stab at the local market at least looks more promising than its ill-fated first. In short, though, the general performance of Chinese brands in SA has been downright diabolical.

Haval’s experience in South Africa, however, has been entirely different. Rather than struggling to justify its presence in the local market, it quickly became the most successful Chinese brand in SA – and by quite some margin, too. Furthermore, in not even five years, it has positioned itself as a serious player in the broader passenger-vehicle space, giving a number of mainstream brands a sleepless night or three.

While Haval launched locally as recently as mid-2017, its parent company has been operating in South Africa for an additional decade. Great Wall Motor (GWM) started trading locally via a distributor in early 2007, debuting in the light-commercial segment with single- and double-cab bakkies, before rolling out passenger cars such as the C20R hatch, C50 sedan and cheekily named M4 crossover in subsequent years.

Those initial passenger models, of course, were rather rough around the edges and weren’t terribly well-received by local buyers, with GWM furthermore largely considered a bakkie brand (as it remains today). However, perceptions started to shift when Haval – which was established globally as a GWM sub-division specialising in crossovers in 2013 – made its local debut with the H2 in 2017. The H6 C followed thereafter, before the flagship H9 touched down in 2018.

Shortly before these models arrived, Haval Motors South Africa was founded as a wholly owned subsidiary of the Chinese group, replacing GWM South Africa (which, in contrast, had acted as a local distributor) and lending the firm useful added nimbleness. Haval then quietly went about incrementally increasing its market share in South Africa, with the aforementioned M4 eventually becoming the H1, and the H2 enjoying a thorough update. Sales were growing gradually (as was the national dealer network), but the automaker was still viewed as something of a fringe player in those early days.

A jump-start and a smart strategy in SA

All that changed with the arrival of the H2-supplanting Jolion in the second quarter of 2021. The latest-generation H6 followed just a couple of months later, itself landing only six months after the GWM P-Series made its long-awaited local touchdown. Suddenly, GWM in general and Haval in particular were thrust firmly into SA’s automotive limelight.

One question worth asking is whether the likes of the Jolion and latest H6 would have made quite such an impact in South Africa were they wearing GWM badges? The answer is likely no. Haval’s clever brand positioning and vastly improved customer-facing digital experience (its website was recently thoroughly overhauled and its social media following continues to grow at an impressive pace) appears to resonate with countless South Africans.

Of course, the main attraction for real-life buyers – as opposed to the throngs of online commenters – is the value proposition offered by Haval’s latest products, which tend to boast lofty specification levels, including equipment customarily reserved for high-end vehicles, as well as eye-catching exterior styling. The level of perceived build quality is also improving at a rapid rate (though there’s clearly work to be done in the fuel consumption department), all while Haval products dramatically undercut their more mainstream rivals in the pricing stakes.

A closer look at Haval’s sales figures in SA

So, just how far has Haval climbed? Well, since April 2022’s figures are now available, we’ll look back at that month – despite it traditionally being a fairly slow time thanks to the number of public holidays – in the preceding few years to gauge the sort of year-on-year progress the automaker has achieved. Unfortunately, neither GWM nor Haval was reporting sales figures to Naamsa in 2017, so we’re forced to skip ahead to the following year.

In April 2018, the GWM brand registered a mere 153 units (nearly 70% of that courtesy of the Steed bakkie) across all segments, which saw it rank 20th on the list of best-selling automakers. Despite the Haval brand being very much part of the fold at that point, its figures were seemingly excluded.

A year later and with products from both brands now finally united under the Haval Motors South Africa banner, the Chinese company rose to 13th overall, with 807 units registered. The GWM Steed managed 156 units (with the M4 and body-on-frame H5 adding 18 units between them) in April 2019, but it was the Haval-badged models that did the heavy lifting, totalling a heady 633 units.

With the industry in turmoil after a hard lockdown was enforced in the early stages of the Covid-19 pandemic (well and truly shuttering the country’s dealerships), Haval registered just 4 units in April 2020 out of a dire industry total of 574. A year later, however, the firm’s effort of 1,112 units was enough for a ranking of 11th.

Haval’s accelerated growth in the past five months

With the Jolion and the third-generation H6 leading the charge for Haval with sales of 390 and 176 units respectively (despite likely being hamstrung by the sort of Covid-19-related supply issues impacting virtually all automakers), the company sold 1,453 units in December 2021. Still, it was the GWM P-Series (724 units) that accounted for the bulk of that volume, helping the automaker break into the top 10.

In January 2022, Haval Motors SA hit a lofty sales record of 2,442 units, which was enough to see it rocket to fifth place overall, tellingly ahead of stalwart brands such as Renault, Nissan, Ford, Kia and Isuzu. While the P-Series (539 units) and Steed (461 units) flew the GWM flag high, it was the Jolion that impressed most, reaching 1 038 units, the first time a Haval product had crossed into four figures. It was ably supported by the H6, which managed 394 units.

What’s next for Haval in South Africa?

So, where to from here for Haval? Well, the automaker’s global bosses say the target is to seize a spot in “the top five in the South African market in 2023”, while also “ranking first in the SUV industry” and taking on the “Japanese and Korean brands”. In the process, the company is furthermore aiming to achieve a market share as high as 11% next year.

The big-on-value P-Series and rejuvenated Steed will press on in South Africa’s tightly contested light-commercial space, while the five-strong Jolion range and the four-strong H6 line-up will continue to steer the ship in the passenger-vehicle arena (the seven-seater, petrol-only H9 has not proven nearly as popular but is at least due a refresh soon). So, more of the same, really.

However, a hybrid version of the H6 (and possibly the Jolion as well) is on the cards for a local introduction fairly soon, with other potential new-to-SA models including a coupé-style version of the H6, the Haval Big Dog (aka Dargo), various boxy off-roaders (such as the 300) under the Tank sub-brand and perhaps even a smattering of electric offerings from GWM’s fresh-faced Ora marque.

An EV opportunity in South Africa

It’s the latter that has the potential to properly shake things up in South Africa, since Ora is currently building exactly what the local market needs if battery-powered vehicles are ever to go mainstream here: an affordable electric car (we’re thinking the curiously named Good Cat) with a range in excess of 400km. Right-hand-drive production is already well underway, with the brand established in markets such as Thailand and confirmed for the likes of the United Kingdom and Australia.

The least expensive fully electric vehicle in South Africa right now is the Mini Cooper SE Hatch three-door, which starts at a whopping R709,400 (despite being saddled with an underwhelming cruising range). Should the Ora Good Cat make its way to local shores, it’d substantially undercut this model – and all other available EVs – while offering a far more useful single-charge range.

In short, Ora has the opportunity to disrupt South Africa’s currently limited EV market in much the same way as Haval has upset the broader status quo in the combustion-engine passenger-vehicle space. Regardless of whether the company plans to grasp that chance, the GWM group finds itself in uncharted waters in SA: it’s a Chinese automaker that is positively thriving thanks to unprecedented consumer acceptance.

This article was originally published on Cars.co.za.

Having written about everything from sport to politics and crime, Ryan eventually settled on motoring. For the past 12 years, he's been penning articles - both online and in print - about the broader automotive industry, though he's particularly fascinated by vehicle sales statistics. Currently a freelance writer and editor, Ryan is itching to slide (okay, squeeze) in behind the wheel of his soon-to-be-restored 1971 Austin Mini Mk3. 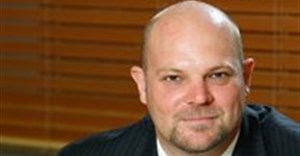 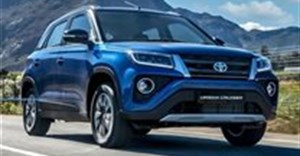 Where do SA's best-selling imported cars come from?9 Jun 2022 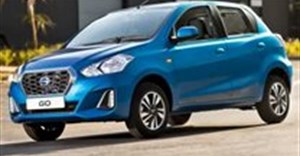 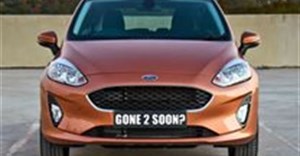 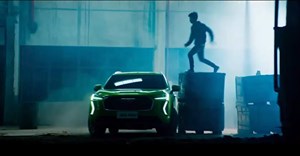 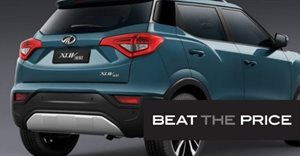