Creativity for a good cause

29 May 2013 | Email | Print |  PDF
By: Shamin Chibba
Why do I exist is the big question; it is a question with which philosophers, religious leaders and ordinary folk have wrestled for centuries, but answers have been elusive. Recently a non-profit organisation based in Johannesburg, run by young creative philanthropists, attempted to find an answer in its first photographic and art exhibition.
The iExist Exhibition, held at Arts on Main in Johannesburg on Thursday, 23 May 2013, showcased works created by performance and visual artists, photographers and others, such as Cape Town photographer Andrew Brauteseth, comedian John Vlismas, and former freedom fighter, Ahmed Kathrada. All the artworks were auctioned and the proceeds were donated to two charities, namely the Johannesburg School for Blind, Low Vision and Multiple Disability Children, and Children of Fire, which helps burn victims. About R55,000 (US$5,700) was raised.

According to iExist co-founder Aalia Cassim, the exhibition grew out of a desire to do something with a development focus. "It is about using creativity to do something for a good cause; to give back and use your skills that you have in a creative way."

Cassim said the exhibition took the age-old question of existence to a new level, one that was more than just thinking about life's purpose. And judging from the work on display, most artists had grasped the concept. "A lot of the artists really got into the whole iExist message."

Co-founder Azra Rajab said some of the paintings were made at an art jamming session iExist hosted at the Art Jamming studio in Melrose Arch in April. iExist invited children from both beneficiaries, a number of primary schools, comedian Deep Fried Man and Kathrada - who contributed a colourful handprint - to the session. "[The studio] provided us with canvases, paint and aprons and we went wild," said Rajab.

The biggest seller on the night was by Ugandan artist, Benon Lutaaya, whose nameless portrait of a child sold for R13,000 ($1,340). Lutaaya, who is known for his portraits that capture the innocence of children, completed the painting within a day. It started as a self-portrait but after much tinkering, it turned into a boy from his imagination.

The artist is no stranger to charitable causes. He once raised R20,000 ($2,060) for a child who needed bone marrow surgery. Last November, he donated R90,000 ($9,300) to Dolous Child Care Centre and Lawyers Against Abuse through auctioning three of his paintings. In the same month, he donated 10% of the funds made from his first solo exhibition to Twilight Children's Home in Hillbrow.

Lutaaya's devotion to children, and his portraits of them, comes out of his difficult childhood. Though reluctant to give details about his early life, Lutaaya said that at the age of 10 he was homeless and lived on the streets. But with enough determination, he managed to crawl out of that grim existence. He later went on to acquire a degree in fine arts from Kyambogo University in Kampala, Uganda.

Soon thereafter, he started working as a collage artist in 2009. Two years later, at the age of 26, he moved to South Africa and focused on painting. "Through my work, I want to advocate for people living on the fringes of society."

Rajab said the name of and concept for iExist came out of a brainstorming session in Cassim's home in Greenside, a suburb in northern Johannesburg known for its young and creative crowd. "We wanted it to have a broad theme, something inspirational that people would think about. Why you exist is not limiting at all because everyone exists."

Cassim said the initial aim of the exhibition was to gather photographers who wanted do something good for the world and provide them with a platform to express themselves. But while organising the event, it grew to include art, sculpture and even furniture. "Basically it is anything you want to express your creativity through."

For Cassim, the success of the first exhibition has created a base for iExist to undertake more projects that support education initiatives for underprivileged children. Though the group had to scrape together money and rely on two corporate sponsors for this year's event, Cassim would prefer future projects to be self-funded. "We would want to have more sustainable initiatives that could run on [their] own without [outside] funding."

Rajab would like to see iExist host an exhibition every year in major cities such as Cape Town and Durban. "My vision was always to go big."
NextOptions
›
Email Print PDF 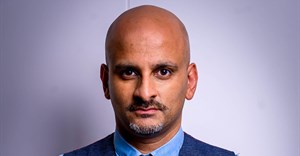 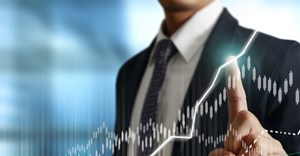