21 Jun 2021 | Email | Print |  PDF
Issued by: OnPoint PR
Spectacular playlist to feature the great and the good of the African music scene
Everyone’s favourite AI-powered music video app and talent discovery platform, Triller, will be hosting a special concert to celebrate World Music Day on Monday, 21 June, the summer solstice in the northern hemisphere. World Music Day/Fête de la Musique, which was first celebrated in France in 1982, is an annual event that now takes place in 120 countries and showcases the transformational and unifying power of music.

Amateurs and professionals alike are encouraged to share their music by playing in public spaces and parks or by participating in free concerts simply for the pleasure of making music. The ultimate music festival, World Music Day is a global celebration of the form in all its incarnations and is an informal, playful and community-driven way to make a joyful noise.

Triller’s playlist on the day will feature a fantastic line-up of contemporary talent from across the African continent, including Focalistic from South Africa, Khaligraph Jones and Karun from Kenya, Mannywellz, Oxlade, Bella Shmurda and Zlatan from Nigeria, Blanche Bailly from Cameroon, KiDi from Ghana and Serge Beynaud from Ivory Coast.

Triller, which has welcomed a whole host of homegrown African talent to its stable of curators to TrillerTV, is proving to be much more than just a music app. It’s cutting through old barriers and is becoming a channel for celebrating an authentic, empowered, actualised and self-referential African-ness. The app’s rooted but experimental ethos is challenging stereotypes, by-passing traditional power structures, and creating a unique form of digital democracy.

Triller’s call to action – You.Do.You – lives through everything it does - through the power of music and celebrating moments like World Music Day, Triller provides a channel through which individuals from vastly different social and cultural backgrounds can find their true paths and speak out in their own voices.

Join us by downloading the Triller app:

Triller is the globally popular AI-powered social media experience that allows users to create professional-looking videos in a matter of seconds. All they have to do is pick a song, select the portion of the song they want to use, snap a few takes and, with the tap of a button, they have a celebrity-quality music video starring themselves and their friends.

Triller relies solely on organic growth and has been downloaded more than 300 million times, with celebrities like Alicia Keys, Cardi B, Marshmello, Roddy Ricch and Eminem regularly using the app to create their own music videos. In Africa, it has been embraced by a host of artists including Burna Boy, Nasty C, Sauti Sol, Khaligraph Jones, Focalistic, Mr Eazi, Fally Ipupa, Sarkodie and DJ Cuppy plus many more.

Triller is owned by TrillerNet, a first-of-its-kind company consolidating technology and content platforms to lead the move to Internet 3.0. TrillerNet pairs the culture of music with sports, fashion, entertainment and influencers through a 360-degree view of content and technology.

TrillerNet, which owns the globally popular Triller app used by musicians, celebrities, athletes and overall trendsetters, has more than 300 million users worldwide. The Triller app, unlike other popular short-video apps it is often compared to, encourages its users to post the content created on the app across other social media platforms and websites.

The app uses proprietary AI and machine learning technology, which is uniquely tied to the content rather than the user. By tracking the content, Triller empowers its tastemakers and users to push their content virally to affiliated and non-affiliated sites and networks, reaching hundreds of millions of additional users. Data and insights gleaned from the Triller network, its creators, artists and users (from the app and off-network) are used to programme longer-form content, connect users across the web with the content, and provide unprecedented opportunities for engagement and monetisation.

TrillerNet has developed highly successful campaigns that begin with the app and continue throughout the entire content and technology ecosystem with some of the biggest brands in the world, including Pepsi, McDonalds, Weedmaps, DraftKings, L’Oreal, and many others. TrillerNet offers brands a unique content and technology solution, including direct deals with influencers and celebrities. This branded content journey starts with short-form video and can easily expand into valuable long-form content distributed through the Triller Network, such as live-event boxing and music PPVs, fashion shows and episodic reality content on TrillerTV.

Some of the more than 65 original half-hour TrillerTV shows available include Omollo Customs by Khaligrah Jones, Running the Streets with Foca by Focalistic, the D’Amelios Family’s Ask a DAM Question, Jennifer Lopez In The Morning, Jake Paul’s Staying On Top, Let’s Do It by 2 Chainz, DJ Khaled’s Spreading Love, Hype House's Thomas Petrou's Coffee Talks, Josh Richards’ Josh Pong, the Noah Beck Show by Ur Lov’d,Fat Joe’s Masterclass, The Perez Hilton Show, and Violet Benson’s Too Tired To Be Crazy, among many others. 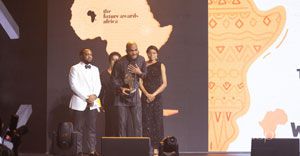 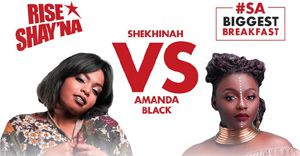 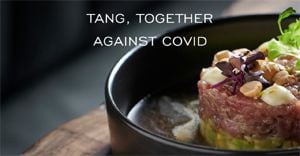 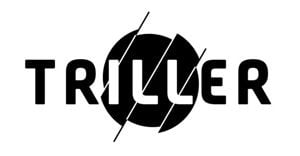 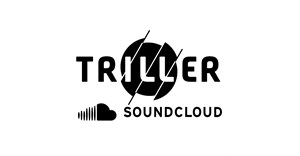