15 Sep 2015 | Email | Print |  PDF
The Johannesburg International Comedy Festival will be launched over three days from 6 to 8 November, 2015. The festival is a multi-venue, multi-show comedy showcase featuring local, continental and international talent performing at the Alexander Theatre, Orbit Jazz Café, Thirteen and the Bannister Hotel in Braamfontein as well as The Market Theatre and Bassline in the Newtown precinct with 42 comedians scheduled to take part.
Over and above that, there will be fringe shows staged at popular Braamfontein venues, namely Kitcheners, Great Dane and Anti Establishment that will feature emerging talent in the build-up to the festival from 2 to 4 November.

The Johannesburg International Comedy Festival is built around key concept shows each featuring a great mix of local favourites and specifically chosen international talent as follows:


The shows will be hosted by an unbelievable spread of comedians that reads like a nominees list at the Comics Choice Awards. Loyiso Gola, Ndumiso Lindi, John Vlismas, Kagiso Lediga, Tats Nkonzo and Mashabela are included whilst an amazing array of comedians lies in wait to entertain on the various stages.

World class continental talent will be represented by the likes of Salvado (Uganda), Daliso Chaponda (Malawi), and Carl Joshua Ncube (Zimbabwe]). There will also be a diverse array of international talent such as Maureen Langan, Orlando Baxter, Mike Leibowitz from the US, Francesco de Carlo from Italy, Yacine Belhousse from France and others.

Tickets are on sale now from www.webtickets.co.za, www.jicf.co.za or the festival's Facebook page with prices ranging from R150 to R250.
NextOptions
›
Email Print PDF 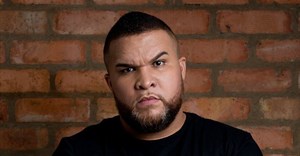 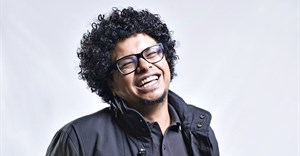