By: Terry Levin
It is refreshing and daunting to see the volume and standards of work coming out of new and not-so-new design and advertising studios and collectives in South Africa. [multimedia]
One of the standout examples that garnered statuettes at the 31st Annual Loerie Awards is the Humanoid corporate identity, which won both a Gold and the new Sappi award for best creative use of paper for Johan de Lange of The Motel. They also won a Gold Craft award for the Slyders
poster and the Publication design that earned Silver for the Cell c eco diary on behalf of Network BBDO.

Setting almost unimaginable standards is the soon-to-be-legendary Blackheart Gang which won a Gold Illustration Craft award for its coffee table book version of animation short film The Tale of How. This gang is 21st century Disney, contemporary JRR Tolkein; reinventing categories with its unique whimsical style of illustration and animation for its own and commercial projects such as Bakers biscuits in collaboration with Ogilvy.

The same outfit seems to be responsible for another applause-worthy Gold Craft award for the United Airlines' Sea Orchestra sequence, but curiously under the name of Shy the Sun.

Sea Orchestra from Shy the Sun on Vimeo.

Other noteworthy local outfits which had the honour of winning Loerie awards this year, and which can probably be considered national treasures, include disturbance design from Durban which won a Craft Certificate for its I.D.S.A. Magazine Cover.

disturbance was also featured on a cover of British ID magazine last year, so it's pretty up there.

Winning bronze in the Outdoor & Ambient category for its posters for Internet Solutions, Hello World Agency is showing new standards of engagement in its corporate website, inviting you to chat on the very front page, rather than always making you find somebody to contact at the end of the menu.

Another name being bandied about on the fringe is Mick&Nick, with a corporate ID by Rex which this year won a bronze Loerie for its logo for Velocity.

Client Nike is loving them and they, together with Michelle Son, won a Bronze Three Dimensional & Environmental Design Loerie on behalf of Nike 'Eyes been watching you'.

Perhaps responsible for setting the benchmark in SA design with his special new African style is Peet Pienaar from The President, which took a nice Gold Design Loerie for Publication of a Book, Magazine & Newspaper entry entitled MK Bruce Lee issues 2 and 3.

Still showing how it's done

Smaller design shops, not new but still showing how it's done is Mister Walker, which won a Silver Loerie for Home Affairs; At Pace, which won a Bronze; and Grid Worldwide, which won some awards most notably the iconic COPE Political party symbol.

The entertaining title sequences for the Loerie awards were executed with customary flair by JUJU on the Friday night and Wicked Pixels on Saturday. 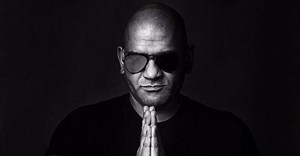 #BizTrends2020: Brands have to mean something to be sustainable10 Jan 2020 #OrchidsandOnions: Banking on the Boks6 Aug 2019 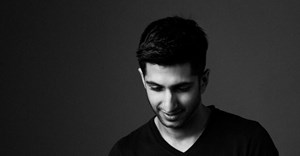 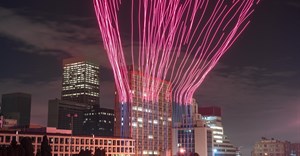 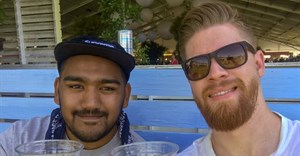