Both the vision and driving force behind Chep’s closed rental pool that allows companies to share and reuse around 375 million pallets, crates and containers in approximately 60 countries – Australian Oliver Richter (1920 – 2014) is recognised today for pioneering the circular and intrinsically sustainable use of pallets in the logistics industry. A non-profit initiative founded in 2003 and presided today by German Minister for Digital Affairs and Transport, Dr Volker Wissing, the Logistics Hall of Fame recognises leading figures who have made outstanding efforts to promote the further development of logistics and supply chain management and offers a platform to showcase both logistics performance capability and its importance for societal development.

Voted in by a global, 60-strong jury comprising journalists, scientists, politicians, associations and representatives of the logistics industry, Oliver Richter accompanies George Raymond Sr, founder of the Raymond Corporation, and the associations UIC and EPAL to enter the Logistics Hall of fame as ‘pallet pioneers’ this year. They join 41 logisticians, including Jeff Bezos, Henry Ford and Gottlieb Daimler.

As a trade manager at Chep’s parent company, Brambles, Oliver Richter discovered the potential of a closed rental pool for load carriers in the 1960s and successfully set up what is considered as one of the most sustainable and efficient logistics models globally. Kai Derda, country general manager of Chep Germany, and Volker Sdunzig, senior vice-president of Chep Central and Eastern Europe received the award on behalf of both Richter and Chep at a gala reception at Berlin’s iconic KaDeWe department store.

"Being part of the Logistics Hall of Fame is a great honour for Chep, and certainly would have been for Mr Richter. Thanks to his vision, Chep was able to roll out its inherently sustainable supply chain logistics model," says Volker Sdunzig, senior vice-president of Chep Central and Eastern Europe. "Year after year, pallet manufacturers continue to strive to make pallets an even more intelligent and reliable means of transporting and presenting goods. The Internet of Things (IoT) and Big Data are the next revolution in our path to not only a net-zero, but to a fully regenerative supply chain." 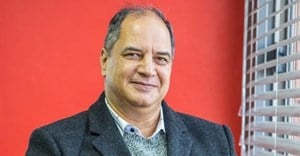