By: Neil Kirby
The Medicines and Related Substances Amendment Bill [B6 - 2014] is now before the National Assembly for approval. The Bill introduces the shift from the MCC to SAHPRA on the basis of establishing SAHPRA with the objective, in clause 2A, of providing "for the monitoring, evaluation, regulation, investigation, inspection, registration and control of medicines, clinical trials and medical devices and related matters in the public interest." The objectives of clause 2A are broad, largely undefined and grant and inordinate amount of power to SAHPRA especially in so far as the so-called and obtuse 'public interest' is concerned.

SAHPRA becomes the person responsible for the registration of various products including medicines, scheduled substances and IVDs. SAHPRA exercises those powers afforded to it in terms of clause 2B of the Bill and together with the amendment to the definition of the term 'medicine', extends its jurisdiction over biological medicines and complementary medicines.

Clause 2B contains a range of revised functions to be fulfilled by SAHPRA as follows:

"(1) The Authority must, in order to achieve its objects -

SAHPRA is to consist of a board, the members of which are to comply with the criteria set out in clause 2C. The board is appointed by the Minister in accordance with clause 2D together with the appointment of a chairperson and vice-chairperson of the board - also appointed by the minister - in terms of clause 2E.

The balance of the Bill endeavours to adjust the current Medicines and Related Substances Act No. 101 of 1965, as amended, to incorporate the additional products to be regulated by SAHPRA and to allow for certain functions of SAHPRA to take place without the need for the intervention of the Minister of Health. Therefore, the appointment of a chief executive officer of SAHPRA occurs at the level of the board and not at the level of the Minister. Similarly, the formation of committees also occurs with consultation with the board and the chief executive officer as opposed to appointment by the minister.

From a regulatory perspective, SAHPRA will keep separate registers in respect of the various products over which it assumes regulatory control. The creation of registers, however, in terms of clause 13, does not apply to foodstuffs and cosmetics and only to medicines, Scheduled substances, medical devices or IVDs.

Similarly, the requirements for registration of substances as medicines, in accordance with a new definition, is expanded with amendments to the existing provisions of sections 14 and 15 of the Medicines Act. Clause 9 of the Bill introduces a new subsection (c) to section 16(1) of the Medicines Act, which affords SAHPRA the power to refuse to register a particular product, in terms of the Medicines Act, in so far as it is not in the public interest for such a registration to take place. Additional adjustments are proposed to the Medicines Act so as to apply the various prohibitions, concerning what may or may not be said about or advertised in respect of a registered product, to the additional products now included in the amended definition of 'medicine'.

"Notwithstanding subsection (1), the Minister may prescribe acceptable and prohibited acts in relation to subsection (1) in consultation with the Pricing Committee referred to in section 22G."

Accordingly, greater control is to be exercised over traditionally unregulated substances such as complementary medicines and biological medicines. The new regulatory regime requires that the aforementioned substances behave in much the same way as registered medicines do under the Medicines Act currently.

To a large degree, such a regulatory regime is a paradigm shift from the current regulatory regime under the Medicines Act. The ultimate effects of such a shift on manufacturers, importers and distributors of complementary medicines and biological medicines will have to be assessed, in due course. In addition, the precise scope and ambit of the regulatory oversight that SAHPRA will enjoy over cosmetics and foodstuffs is yet to be established.

Clause 25 of the Bill deals with various transitional provisions so as to ensure consistency between the acts of the MCC and that of SAHPRA including, in terms of clause 25(4), pending registration applications and pending appeals in terms of section 24 of the Medicines Act.

Fundamental changes are set to occur and the requisite preparation is required.

Neil Kirby is director: health care and life sciences law of Werksmans. He is the chair of the Medicine and Law Committee of the International Bar Association. Kirby has been named as a leading lawyer in Dispute Resolution by Chambers Global: The World's Leading Lawyers for Business (2008 - 2013), and has published numerous articles in his various fields of speciality. 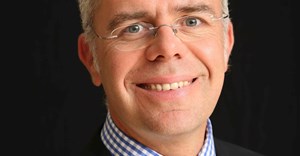 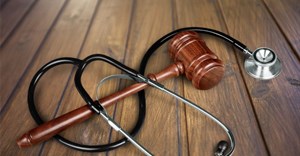 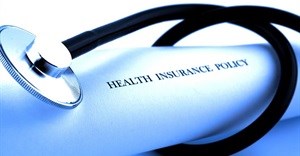 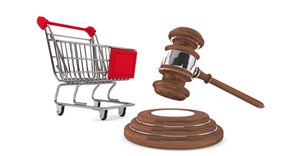