9 Jul 2014 | Email | Print |  PDF
Emerging craft producers have earned R590,000 by trading at two prominent Cape Town venues - the Castle of Good Hope and the Red Shed at the V&A.
At a pop-up retail event (a collaboration between the Cape Craft & Design Institute (CCDI) and Kamers vol Geskenke) held at the Castle from 5-8 June 2014, 29 CCDI-selected participants (excluding Kamers-selected enterprises) raised over R340,000. This included numerous emerging businesses and was geared to discerning local buyers. Products ranged from high-end homeware to fashion accessories.

In addition, operating from a 20m² space at the Red Shed from October 2013-May 2014, groups of four to six craft producers collectively generated over R250,000 in turnover. Approximately 80% of the Red Shed participants were emerging businesses and their best sellers have been traditional handmade products geared to the tourist market, such as wire works and items linked to the Big Five animals.

Many of the craft producers have not only received valuable feedback at these events, but also met retail buyers and businesses in search of innovative products and corporate gifts. Some have placed orders for more products, said Doreen Hendricks, CCDI market support coordinator: domestic & local markets.

Building on the pilot initiative at the Red Shed in the Waterfront, the CCDI plans to lease space in the visionary new R50m development called the Watershed, launched by the V&A in April.

The CCDI has a long association with the Waterfront and in June 2012 discussed with its retail and marketing executives about how to better position craft and design in one of South Africa's most visited destinations. The CCDI participated in a series of discussions and visualisation sessions with the marketing and retail team and architects in late 2013 to help craft the vision and direction for the market component of this innovative and eye-catching building.

Evolution of the product offering

"The V&A's Watershed development promises not only to be a great external renovation, but also heralds an evolution of the product offering at this retail space, visited by 25 million people a year. We are very proud to have been involved in this new initiative with the V&A which we are sure will turn out to be a great investment for the sector," said CCDI Executive Director, Erica Elk.

The CCDI is a joint initiative of the Western Cape government and the Cape Peninsula University of Technology (CPUT) to support the needs of creative businesses in the Western Cape and to grow the region's craft and design sector, within local and international markets. 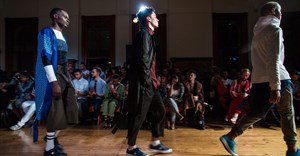 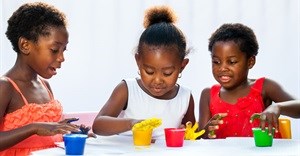