Animal studies give a clearer picture of TB

24 Mar 2017 | Email | Print |  PDF
Studying tuberculosis (TB) in animals provides valuable insight to the biological mechanisms causing the disease in both wildlife and humans.
“For instance, the bacterium causing TB in dassies differs from the one causing it in warthogs,” explains Professor Michele Miller, whose work forms part of TB-related research in the Faculty of Medicine and Health Sciences (FMHS) at Stellenbosch University.

“The value of this research group is that we provide a better understanding of how TB organisms react in different animals [hosts].

“We are also investigating the role of host genetics, immune responses and other factors that contribute to susceptibility and progression to disease, as well as how this group of bacteria changes over time and in different species. Not only does TB pose new threats to Africa’s wildlife, but it can also spread between animals and from animals to humans and back,” she explains.

Miller supports a “one health” approach to investigating the diversity of mycobacterial infections and consequences of the disease, especially in wildlife. She explains: “You cannot only look at one part of the picture regarding the organisms that cause TB. Humans, animals and the diseases they might share, operate in a complex system that is impacted by the environment in which they live. We need to look at the full picture, including how the pathogens change as well as host adaptations, to prevent and manage TB in animals and humans.”

Miller and her team are currently doing research on various wildlife species, including in the Kruger National Park (KNP). They are, for instance, investigating innovative diagnostic tools to test for TB infection in wildlife. Genetics play an increasingly important role in their research. Gene expression assays, which can be performed by using a single blood test, are being developed for lions, mongooses, warthogs, elephants, hyenas and wild dogs.

The group has found novel biomarkers that can distinguish infected from uninfected animals, using these techniques.

Doing this kind of research entails many challenges, Miller says. “It is not easy to work with wild animals. Research on wildlife is risky and costly.”

According to Miller research on TB in wild animals is relevant for several reasons, including the health of ecosystems and the cycle of infection and reinfection that can occur. “The better our understanding of the disease, the better the management practices which can be put in place to prevent the spread of infection.

“Based on our recent work, it appears that half of the KNP’s lions in the southern area are infected, but we are still trying to understand its impact on other less studied species. We are also investigating the role that these other animals (for example warthogs and antelope) play as hosts of the bacteria and in the environment.”

In some cases, for instance in meerkat colonies, animal TB is known to have caused local extinctions. This can have various health and socioeconomic impacts, for example on the wildlife tourism industry. “For instance, if the Kruger loses its lions or buffaloes, what would the impact on ecotourism be? We are trying to help understand this kind of scenario and prevent it from being introduced in other locations. 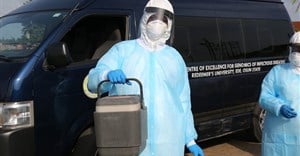 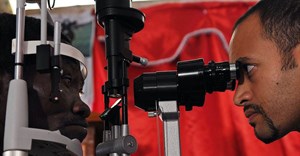 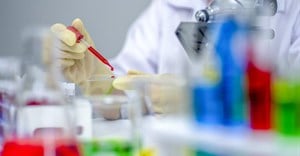