#GBCSA2022: Social justice and the built environment's role in confronting the climate crisis

By: Sindy Peters
Kenya has had to commit roughly 6% of its GDP to deal with the impacts of climate change - resources that could have been invested in other vital areas of development. Sir Jonathon Porritt, founder and director of Forum for the Future. Source: LinkedIn

This was shared by Sir Jonathon Porritt, founder and director of Forum for the Future, during a virtual plenary session of the 2022 Green Building Convention last week. Porritt looked at the social justice issues linked to climate change and the role of the built environment in addressing the crisis.

He said that while climate change is affecting both rich and poor nations, it is often the poorest who suffer the worst, pointing to the acute examples of flooding in Nigeria and Pakistan and the more chronic impacts of drought in east Africa.

And with the world on track toward a 2.6°C rise in temperature by the end of this century, further climate-induced disasters, which will impact millions of lives, are inevitable.

Porritt expects that over the next two weeks of COP27, much of the deliberations will be centred on the issue of loss and damage which requires developed countries to acknowledge their contribution to climate change.

He pointed to the example of Pakistan, which has historically contributed very little to the problem but is now having to deal with the consequences of flood damage in the range of $10-15bn.

"A lot of that damage is to people's homes, buildings, infrastructure, roads, schools and hospitals - who's to pay for all of that, who's to repair the built environment and make it fit for purpose again in the future?" he asked.

Climate illiteracy and the 'circle of blame'

Reflecting on his experience in the built environment over the last 10 years as non-executive director of Willmott Dixon in the UK, Porritt said that two issues became particularly apparent from the start.

The first was what he described as the "absolutely staggering levels of ignorance" when it comes to climate literacy. "It didn't really matter where you looked across the sector... there was just the deepest reservoir of ignorance about climate change. I found that really difficult to understand in 2012," he said.

While climate literacy in the built environment has improved since then, Porritt believes there are still far too many in the sector that lack an acceptable level of knowledge on the issue.

The second was what he referred to as the "circle of blame", with industry players passing on responsibility to those next in the value chain. "It seemed that no one particular group in the whole value chain of the construction industry was prepared to accept the responsibility for what needed to be done to make the whole of our built environment fit for purpose in a climate-impacted world," he said.

He noted at the centre of this "circle of blame" was the chronic issue of "client dependency syndrome", with those commissioning new buildings or retrofits not asking more of those in the built environment, resulting in many new buildings being unfit for purpose.

"The vast majority of them will have to be retrofitted in a few years to bring them up to the required levels of efficiency and to make them more resilient against the impact of climate change. And that for me is almost criminal negligence which causes a massive waste of resources," Porritt said.

He lamented the fact that this issue of client dependency syndrome still persists 10 years later. "It's remarkable to me today that most people involved in construction are still being asked, commissioned, contracted to put up buildings which, even as we build them, we know they're not fit for purpose."

Addressing the true nature of the climate emergency

Porritt said that when it comes to the built environment, the three most important things are:

"If we focus on fabric, efficiency and resilience through adaptation, then, by and large, our sector will make a much better job of addressing the true nature of this climate emergency as it impacts on poor people than we're otherwise likely to do."

Considering the current headwinds against dealing with the challenge of climate change, Porritt has little hope that COP27 will see any real solutions advanced. However, reflecting on the significant responsibility of the built environment when it comes to the climate crisis, he said that the pressure remains.

"We pretty much all know what we have to do now," he said. "We just simply have to get on with it."

Climate change: Africa has a major new carbon market initiative - what you need to know15 hours ago 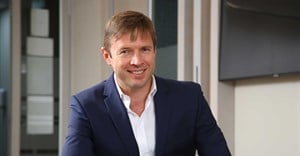 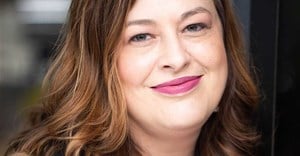