Leadership is becoming a leader again

By: Chris Moerdyk
After falling from its pedestal in the 1990s as one of the country's top business-to-business journals, to something best described as "complete rubbish," Leadership magazine has not only made a comeback but is now something of which its founder, the late Hugh Murray, would be proud.

Robbie Stammers: "My first objective was to get Hugh Murray's DNA back into Leadership." 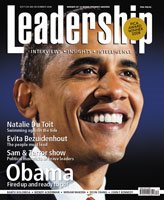 It is never an easy road trying to re-build a media brand once it has been dragged through the mud and pretty well trampled to death, but just looking at recent issues over the past year or so, there is no question that it has revived its former glory.

It's hardly surprising, because the man who has been in the editor's chair for the past 18 months is a protégé of Murray's. Robbie Stammers is an energetic 38-year-old whose father was at school with Murray. It was Hugh Murray who inspired young Robbie to go into publishing and following a successful start to his career in sports publishing around Rugby World Cup 1995 and the Commonwealth Games a little later, he was offered the editorship of Leadership by Cape Media that bought the magazine from Nail in 2002.

Murray originally sold Leadership to Times Media Ltd in 1986 but soon bought it back from them, and then five years later Nail offered Murray an amount of money way beyond its value. It was an offer Murray couldn't refuse.

From then on it was downhill all the way. Editorial independence and integrity disappeared and it became impossible to tell the difference between editorial and advertorial, except that all the editorial looked like advertorial.

Not surprisingly, circulation started slipping and it wasn't long before 20,000 sales became 2,000 sales.

"It was, at that stage, "complete rubbish," said Stammers.

When he was offered the job, Stammers asked his mentor and friend, Murray, for his advice - and the rest is history.

"My first objective was to get Hugh Murray's DNA back into Leadership."

Clearly inspired by a passionate Hugh Murray who was, according to Stammers, "extremely upset," at the way Nail had destroyed the title, young Robbie applied every ounce of his publishing experience gained overseas and back in South Africa where one of his publications, TLC, had earned him a Philip Tyler PICA for Magazine of the Year along with a host of other PICA awards.

Leadership itself has now won a record 14 Mondi Awards and the 2008 PICA award for best magazine in the Professional Services Category, Business to Business

Stammers concentrated heavily on restoring editorial integrity and commissioned some high-profile opinion leaders to write for the magazine.

Al Gore, Richard Branson, Mark Shuttleworth, Clem Sunter, Alex Boraine, Kofi Annan and believe it or not, even Barack Obama, have all written for Leadership, and as Stammers points out; "these were not interviews, these people actually wrote articles for us."

When Stammers took over as editor in September 2007, circulation for Leadership was hovering around the 5,000 mark. ABC figures have since risen to 8,000 and a recent deal with British Airways/Comair to have the magazine included in its business and first-class cabins will push that up once again.

Stammers is confident of doubling that figure by the end of 2009.

It is enormously refreshing to meet a modern editor with such determination to embrace such high values of editorial integrity, but Stammers has also got business acumen in pretty huge dollops because while he defends with all his might the editorial independence and integrity of the main section of the magazine, he does allow corporate profiles and other advertorials in a very clearly marked section at the back of the magazine.

It is a pity that Hugh Murray passed away late last year and was not alive today to see his DNA so firmly back in pages in the pages of Leadership.

He would have been proud of his young protégé.

Apart from being a corporate marketing analyst, advisor and media commentator, Chris Moerdyk is a former chairman of Bizcommunity. He was head of strategic planning and public affairs for BMW South Africa and spent 16 years in the creative and client service departments of ad agencies, ending up as resident director of Lindsay Smithers-FCB in KwaZulu-Natal. Email Chris on moc.liamg@ckydreom and follow him on Twitter at @chrismoerdyk.
Read more: Leadership magazine, Robbie Stammers, Leadership 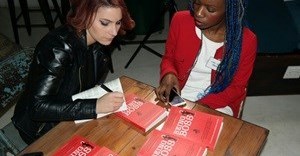 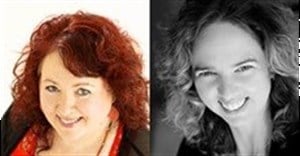 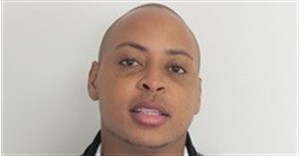 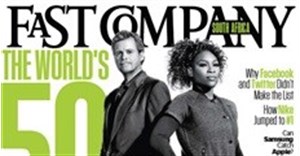 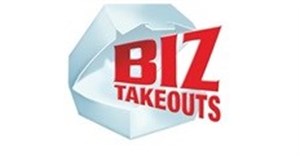