21 Nov 2011 | Email | Print |  PDF
HONG KONG, CHINA: The humble TV commercial has been combined with a mobile app in China, with impressive results that saw the app become the top free app within 15 hours of launch and being downloaded 390 000 times. 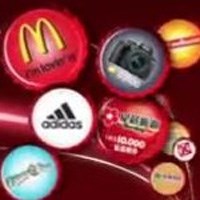 Despite being a popular brand with Hong Kong teens, Coca-Cola faced the challenge of constantly shifting consumer behaviour in the digital space. Compared to 2010, teenage audiences spent 13.75% less time watching TV with more of their attention focussed on their mobile screens. More than half of Hong Kong teens spent 30 minutes or more a day on their mobiles phones.

Coke recognised that it needed to develop its 'open happiness' branding for it to remain relevant to consumer behaviour in the digital era. Figures revealed that of the time teenagers spent on their mobile phones, 46% of that was dedicated to gaming. Coke's strategy was to break free from the traditional one-way TV advertising and create a unique engagement platform on mobile with which teenagers could interact.

Coca-Cola updated its instant-win promotion, also known as "Under the cap" or "Under the tab" for a digital audience. The strategy was to integrate the modern capabilities of mobile apps seamlessly with the traditional channel of TV. With a dedicated Coca Cola 'Chok' app installed on either iPhone or Android smart-devices, the mobile phone became the remote controller to an interactive TV commercial.

The mobile app allowed viewers to swing (an action colloquially known as "chok" by Hong Kong residents) their Coca-Cola 'Chok'-enabled phones in front of a TV screen to capture flying bottle crowns from the Coke TVC. Participants were then immediately entered into an instant-win competition draw with prizes that included cars, sports apparel, credit card spend value, travel coupons and movie tickets.

The Coca-Cola Chok mobile app also included wall papers and mobile games. In addition to showing off the prizes they earned to their peers, app owners could also share 'open happy' moments with friends through a network-enabled mobile games.

Instead of placing the Chok TV ad like a normal TV commercial, Coke advertised the TVC as though it were a regular program. By hijacking the Sunday-to-Thursday 10pm prime time slot, Coke was able to establish 'Coke open happiness' time every Sunday to Thursday evening. This was supported by shorter duration TV promotions, posters, print advertising and advertorial, search engine marketing, social media and the iCoke.hk website.

Over a five-week period, the Chok app was downloaded 390 000 times. It became the top free app 15 hours after launch.

The interactive element of the TVC was engaged on more than nine million occasions, and achieved a daily activation rate of up to 400 000 plays.

Online social discussion about Coke increased by 218 % and visits to the Coca-Cola brand website increased four-fold in the first week of the campaign.

Penetration of Coca-Cola among the Hong Kong teen consumer group increased from 78% to 83% (same period 2010-2011 comparison).