2 Nov 2016 | Email | Print |  PDF
The organisers of MCQP announced a new theme for the 2016 event today as "MCQP, The Musical", changing it from the originally planned "A Bollywood Production".

Says Ian McMahon, Director of MCQP: “After hearing public commentary on social media about the Bollywood Production theme and wanting to ensure that the 23rd spectacle is as inclusive as possible, MCQP is very excited to announce that we’ve come up with the new theme that will allow for a wide variety of amazing outfits, characters and creations.”

He adds: “Paying tribute to the theatrical world of Broadway and the West End, MCQP’s theme ‘The Musical’ will honour everyone’s favourite musical productions – from The Phantom of the Opera, to Jersey Boys, Les Mis to Dreamgirls, Chicago to The Lion King, South Pacific to War Horse – the possibilities are endless.

With thousands of produced shows to use as a basis for costume choices, “MCQP, The Musical” will generate many revellers into the spirit of Hairspray, The Full Monty, Mamma Mia! or even Cinderella. Classics such as Billy Elliot, Fiddler on the Rood and Fame should also be kept in mind.

Concludes McMahon: “Whether one chooses new musicals currently showing in New York or London, like Kinky Boots, or reverant classics like Cats, Grease, The Sound of Music or Oklahoma – or any Rodgers and Hammerstein creation, there is without a doubt a character from a musical that will appeal to your personality and wet your tastebuds at ‘MCQP, The Musical’. We’re delighted with the new theme choice and believe everyone is going to be equally excited.”

The event, taking place on Saturday, 17 December from 2pm, will for the first time, be held at the ZipZap Circus Dome in the Foreshore.

Early bird discounted tickets for MCQP 2016 are available at www.quicket.co.za 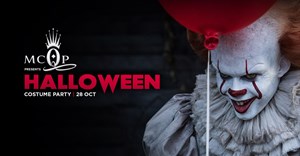 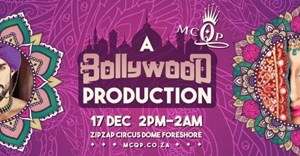 MCQP 2016 theme announced31 Oct 2016
More related
Republication of selected Bizcommunity content for non-commercial purposes is allowed if the original article is linked to with "Source: www.bizcommunity.com". Please click here for more information and to request permission.
Let's do Biz