All the D&AD Impact Awards winners

In total, 76 D&AD Impact Pencils were awarded to campaigns, projects and products addressing some of the most pressing issues in the world today.

This year, entries demonstrated a focus on issues of environmental sustainability and inclusion - reflected in the line-up of projects that took home the top awards. Eight White Pencils - one of the highest accolades for world-changing creativity - were handed out, and two Black Pencils - which are reserved for truly groundbreaking work - were awarded to the following projects:

The full list of White and Black Pencil winners can be viewed below. The number of Pencils awarded at each level were:

New to D&AD Impact in 2018 is the introduction of a $20,000 prize fund open for prototypes, products and projects from a range of categories. The cash prize was awarded to DDB Mudra Group and Prerana Anti-Trafficking for their Project Free Period initiative. The project, developed with feminine hygiene brand Stayfree India / Johnson & Johnson, supports women in the sex trade to build vocational skills to allow them to sustain themselves in new lines of work.

I am delighted to be back at the D&AD Impact Awards, particularly at a time when there’s a growing market for consumers and voters and people that are engaging in purpose. It’s important to have such a relevant category of awards to incentivise a creative industry from all sectors, not just creatives and agencies, but also technology startups and all the different sectors that can be part of this. The work that I have been seeing is amazing. I’ve seen a huge number of creatives that are scalable and have the power to change legislation that can really bring a sense of change in society.

This year, 40 shortlisted companies were also offered places on the D&AD Impact Academy - a masterclass programme held on 27 September that aims to inspire talent and provide tangible tools based on the experience and knowledge of the D&AD Impact Council. Companies that earned a place at the academy included Selman Design, Hildrey Studio and Aether-Tech. Sessions at the academy were delivered by speakers including iProspect’s Joanna Catalano, Ideo’s Roshi Givechi and BitFury’s Bill Tai.

In today’s social climate, consumers are more conscious of the brands and companies they support; expecting them to contribute to wider societal issues. D&AD Impact celebrates the creativity and campaigns from businesses that are trying to create a better future for us all. This year, we’re going the extra mile to make sure these businesses are supported in their ideas by introducing our £20,000 prize fund. I am eager to see what the future holds for our winners.

Brands that embrace real world issues that transcend our industry and actually improve people’s lives represent the very best of what advertising does. Moreover, connecting the head to the heart is good for business. Advertising Week is proud to honour those who embrace issues like environmental sustainability, humanitarian aid, diversity, and education and to shine a light on great campaigns and stories which truly deserve broader recognition.

The D&AD Impact Black and White Pencil winners were:

For all the D&AD Impact 2018 winners, visit www.dandadimpact.com/winners/2018. 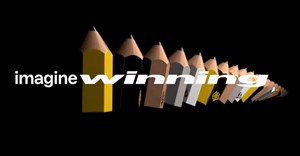 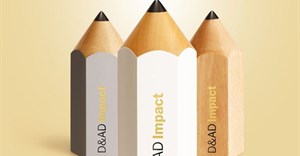 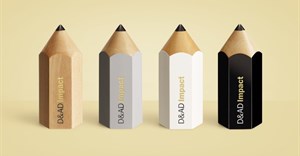 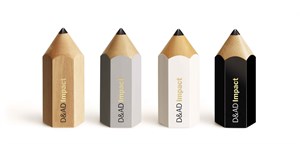