What, how and why you need Android for sustainable business growth?

By: Chirag Shivalker
Fortunes of Android mobile OS have never looked back since its introduction in Sept 2008; instead it has witnessed tremendous growth...

Some interesting numbers from sources:

If you know this industry you will agree to the fact that, corresponding mobile units equipped with Android OS also would have grown simultaneously.

Android plus Open Source - what else you need?

We all know that Android has been built with help of contributors from several other sources, which include 300 carrier, software and hardware partners and of course the open source Linux community. All this has added up to make it one of those fastest-growing mobile OS these days. The fact that may sweep you off the ground is that nearly 1 million new android devices are activated across the world.

But trust me the factors contributing to this popularity are very simple. Since Android is open source, it encases that favouritism from the developers for android development and consumers. Its popularity can be gauged from the fact that Android users download over 1.5 billion apps from the Android Market (Google Play) every month.

Android apps - but why?

Aforementioned figures clearly indicate the growing popularity of Android phones along with Android OS, which is also an indicator of the increasing popularity of Android apps. A million apps in Google Play store and the number is increasing consistently - is no joke. Android apps are not only so very popular among youth and social circles, but have become the first choice for businesses as well. Let's see some of the reasons that make Android apps popular with such a large segment of world population:

Android developers - how shall we gain?

After an uphill drive in the launch year of 2007, Android since then has continuously pushed the boundaries. Successfully bringing forward newer and better capabilities to its users as well as developers - as it seems to be the prime moto for Android. Developers have been really gaining from Android as it has been consistently empowering them with capabilities to deliver - fast and in a cost effective manner. Newer and fancy applications are able to make their way to successful and sustainable existence based on latest technologies in the mobile frontier. What does all this mean? It means developers will always be busy - honing their skills while earning the best remuneration - compared to industry or domain specific standards.

Android - what can it help you with?

Google Play - what is this?

An Android Market place launched by Google is called Google Play. It is one of the market place which empowers you to control the way you can sell your products. This means you are solely in charge of publishing, customers, markets, and monetisation.

Sustainable business growth through Android - how?

I hope by now you would have certainly made up your mind. So, allow your Android app development dreams come true. Go ahead and hire the best android developers in the Android world and see your business take a huge leap against competition!

Chirag Shivalker is a Head of Content Management Team at Hi-Tech ITO, one of the leading software development and outsourcing firms in India. 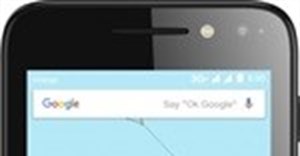 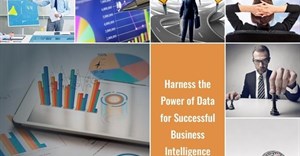 Harness the power of data for successful business intelligence19 Feb 2016 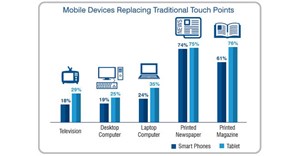