21 Feb 2011 | Email | Print |  PDF
ISTANBUL, TURKEY: The organisers of the Intercontinental Advertising Cup and Summit have announced the speakers and programme for the event, which is due to take place in Istanbul over two days - 11-12 March 2011 - at the Conrad Hotel Istanbul.

The power of fame in a digital world

Sir John Hegarty, worldwide creative director, Bartle Bogle Hegarty, UK will be a speaker at this year's Intercontinental Advertising Cup and Summit held in Istanbul. The title of his speech will be The Power of Fame in a Digital World.

Hegarty was a founding shareholder of Saatchi & Saatchi in 1970. In 1973 he co-founded TBWA, London as creative director. The agency was reputedly the first to be voted Agency of the Year in 1980 by the Campaign, United Kingdom's leading advertising magazine.

In 2002 John bought a vineyard in the south of France, proving a vineyard could drink more money than he can drink wine. His wine chalked up an award of its own when the legendary American wine critic Robert Parker gave his 2003 Cuvée no.1,92 points.

The Power of Fame in a Digital World, Sir John Hegarty, Saturday, 12 March at 10.30am, Conrad Hotel, Istanbul.

HumanKind is a new philosophy developed by Mark Tutssel, chief creative officer, Leo Burnett Worldwide. It is not about advertising or brand propositions or selling products, but a story about people, purpose and changing behaviour. It's a look at marketing that aims to serve true human needs and not the other way around.

According to Tutssel, everything in this business can be distilled down to two things: people and their behaviour. Agencies must never lose sight of the most important thing: what matters to people. That's why everything Leo Burnett does for brands is designed with a human purpose in mind. A brand without purpose is one that will never be understood or embraced by people.

Advertisers are in the battle for people's attention. Brands are no longer competing against each other, but with the whole of popular culture.

Tutssel, one of the most awarded creative directors in the industry, oversees the work of Leo Burnett Worldwide and its 94 global offices. He is passionately dedicated to finding and cultivating the very best creative talent and spreading the global company's commitment to HumanKind communications.

In addition to personally winning possibly every major creative accolade, including the Cannes Grand Prix and 45 Cannes Lions, Mark has chaired the Clios, International Andy Awards, D&AD, ADFEST, Eurobest, YoungGuns, Addys, Sharks and Spikes. In 2008, he served as the president of the Cannes Titanium & Integrated Jury and served as president of both the Film and Press Juries at Cannes 2010.

He is member of the Royal Society of Arts and has co-authored a book on Leo Burnett's "HumanKind" philosophy to be published in October 2010. When not on an airplane, Mark can be found at home in Chicago or London, following the game of football or spending time with family.

Prof. Dr. John Ellis, theoretical physicist, CERN & King's College, London, the "father" of the most advanced science experiment of time: "Knowledge of the smallest particles of matter underlies many modern technologies, from the World-Wide Web to the GPS system, cancer diagnosis and therapy. Research in this field unites the efforts of thousands of scientists from many countries around the world in large experiments using the Large Hadron Collider (LHC) at CERN near Geneva, which is starting to provide new insights into how the Universe works. The way these experiments are organised may be an interesting model for other megaprojects in science and beyond."

Born in London on 1 July 1946, Ellis grew up in Potters Bar, a suburb that Londoners used to regard as the northern boundary of civilisation. It was when he was around 12 years old that he decided he wanted to become a physicist: the fiction books for kids in the local public library were pretty boring, and he much preferred the non-fiction books, particularly those about space and science, and the physics books most of all.

Ellis studied mathematics and theoretical physics at Cambridge University. He also was auditing some courses in classical Greek history. He still likes visiting archaeological sites whenever he can. The summer before he started research was spent at CERN: he fell in love with its international atmosphere, and also spent there the last year of his PhD.

For a while he hesitated between theoretical research in cosmology and particle physics, before opting for the latter. Nowadays, he is lucky enough to work on both subjects, often in the same research paper, as the two subjects have really grown together. One of the most exciting aspects of our subject is how the physics of the very small can be used to describe the Universe on the largest possible scales.

The Young Cup Competition running on Facebook opened its doors more than two weeks ago was so far visited by 11 327 people from 100 countries. 98 posters were submitted so far.

Young creatives under 27 years have an unique opportunity to create a poster on a given theme that promotes the Intercontinental Advertising Cup and Summit in Istanbul and win an unforgettable creative week in Istanbul with full participation for Istanbul Intercontinental Advertising Cup and Summit, lodging and internship in some of the largest advertising agencies - DDB&Co. and Markom Leo Burnett.

One winner each week will be chosen by the Facebook crowd and jury, each contributing 50% of the votes. At the end three "lucky losers" will also be chosen by the jury, joining the winners in Istanbul. 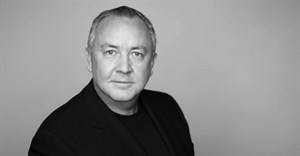 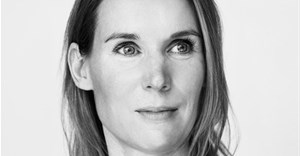 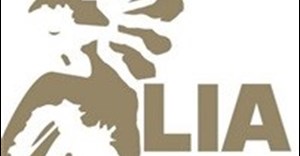 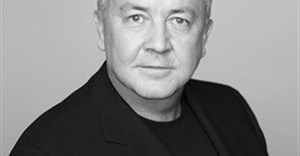 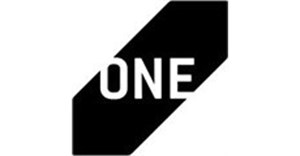