28 Oct 2021 | Email | Print |  PDF
The #RevivingTownshipEconomies initiative has to date reached 900 businesses, saving over 2700 jobs and counting in township based small and medium enterprises. The initiative which was launched shortly after the riots in July is aimed at rebuilding and assisting small businesses directly affected by the rampant destruction which affected hundreds of small businesses in KwaZulu-Natal and Gauteng, costing South Africa’s already fragile economy billions. The initiative has seen businesses on the brink of collapse revived through a holistic rescue program that provides assistance in the form of financial resources, infrastructure as well as skills development.

According to Alef Meulenberg, CEO of Afrika Tikkun Foundation, the initiative has received enough funding to date to rescue 2,500 more businesses. The organisation aims to reach 1500 of these in KwaZulu-Natal and 1000 in the Greater Johannesburg region.

“Thanks to the generous contributions from public and private organisations, as well as donations from the civil society, we have been able to assist hundreds of businesses from informal traders, selling essential goods to vulnerable communities to local spaza shops, internet cafes and educational businesses,” says Meulenberg.

So far the initiative has helped save 900 businesses from closing down and assisted many affected by the riots. But the devastation caused by the eruption of violence and looting continues to affect local economies, says Meulenberg.

“Getting communities back on their feet and contributing to the nation’s economic recovery from the Covid-19 pandemic and the recent riots requires that we stand together and revive township economies, one small business at a time. We must create a lasting impact on these businesses that will also benefit the communities that rely on them,” he adds.

The onset of the looting sprees began as protests against the imprisonment of former president Jacob Zuma, but soon devolved into devastating chaos, which has affected hundreds of thousands of lives through job losses, basic service delivery challenges and countless businesses closing down.

The 'missing middle' lost in funding for entrepreneurship

Effects of the protest action

Three months later, the entire nation continues to tally losses incurred from the aftermath of the riots. In a virtual meeting, the National Treasury presented briefly on the impact the social unrest had on the economy and emphasised that the unrest that occurred in Gauteng and KZN will have an effect on the National Gross Domestic Product (GDP) growth.

According to Business Leadership South Africa (BLSA) the events of July 2021 have led to a R5bn loss for the retail sector alone. Media reports indicate that more than 800 retail stores were looted and at least 100 were burnt down. According to the Durban Business Chamber, more than 40,000 businesses have been affected by the riots.

Although Stats SA recorded a 1,2% economic growth for the country in the second quarter of 2021, it has warned that South Africa is likely to see the effects of the protest action and violence in KZN and Gauteng reflected in the statistics of the third quarter of the year expected later this year.

Initiatives such as #RevivingTownshipEconomies, there is hope yet that township-based businesses will bounce back stronger than ever. Small businesses seeking assistance as a result of the July riots are encouraged to reach out to Afrika Tikkun at www.revivemybusiness.co.za, to be considered in the selection process which will continue to run until 2022. Organisations will be contacted to identify their needs both in terms of funding and other resources.

Community-based organisations are the backbone of this economy and this is especially so when it comes to the hundreds of vulnerable communities in which Afrika Tikkun operates. “In order to rebuild strong community structures weakened by the Covid-19 pandemic and the recent riots, one has to begin with the most vulnerable first,” says Meulenberg. “

Those who help create employment for young people who are in desperate need of skills and job opportunities have to be protected at all costs as they are the biggest hope for the future of South Africa, concludes Meulenberg. 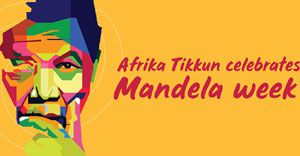 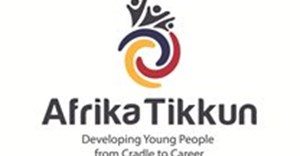 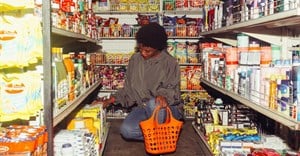 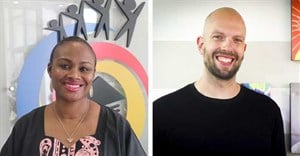