Equal pay is not a demand - it's a right

By: Marian Salzman
For all its old world charms, the Swiss mountain resort of Davos is not a great place to be in winter if you're used to the Arizona sun and don't like the cold. But after speaking and listening to so many inspiring individuals at the recent global gathering, my heart is warmed: the news may be challenging, but there's much to be positive about, too. Take gender equality. Female political leaders are speaking out and making news around the world, but on the other hand, the number of female CEOs of Fortune 500 companies declined by 25% in 2018. Worse, it’s supposed to take 202 years to close the global pay gap between men and women, according to a December 2018 World Economic Forum report. I know we’re living longer lives, but that’s a little extreme, don’t you think?

To some extent I’ve been lucky in my career. I’ve owned companies and earned leadership roles. I come from the communications world, where glass ceilings are cracked, if not shattered. It’s an industry that provides opportunities for women to lead and have real shots at the top, provided of course that they put work first in the never-ending struggle for work-life balance.

I’ve been happy to do that. I never wanted or expected to have a conventional family life, so I didn’t have the worry of wanting more than what my career and social life gave me. I traveled everywhere, whenever I was asked; I took extra work in the form of board appointments. I skipped vacations because I was the captain of my own identity.

However, it’s painfully clear to me that women with more to juggle on the climb have to make crazy awful choices about what, where and how.

Still, looking back on Davos, there is much to be optimistic about. My favourite line from the week goes to Laura Liswood, secretary general of the Council of Women World Leaders, who may have reclaimed the word “snowflake” with her brilliant riposte to those who criticise millennials: “Women are like snowflakes. One alone may melt, but together we can stop traffic.”

It’s been 15 years since I helped popularise the term “metrosexual man”, which seemed to capture the zeitgeist of gender confusion. To some degree you can still see this uncertainty today — just witness the fevered response to Gillette’s recent ad campaign calling out toxic masculinity in the home and workplace.

But for millennials and the Gen Zers who come after, there is less confusion. They will handle these problems without earlier generations’ hang-ups. They date on equal terms, live together on equal terms, think more similarly than any previous generation. For them, shared parenting and equality is normal; it’s what they’re used to. Equal pay is already the norm for many 20-year-olds. They don’t hold the unconscious biases of their parents or antiquated ideas that to get ahead they need to pander to entrenched patriarchies or play by somebody else’s rules. They will not stand for inequality.

It’s at my end of the workplace where the wheels turn more slowly. I frequently sit in meetings and at meals where I’m the only woman, or one of few, and that makes me cranky at times because we need lots of perspectives to get to the right decisions. Having more women around also makes work more fun for us.

Like senior women everywhere, everything I say, do and even wear is often up for scrutiny. I may be a member of PMI’s senior management team, but I am also the human Marian who can be intense or flakey, and who can occasionally show up looking like an unmade bed. In any case, I hope I’m an example of where hard work and smart thinking can get you, regardless of gender.

I’m also heartened to be working for a company that takes equal pay seriously. So seriously that we have engaged an external organisation to ensure we’re EQUAL-SALARY Certified globally. We hope to be the first multinational to reach this milestone.

At Davos, I met plenty of inspiring women and talked about a wide range of topics, politics, trends, travel and our industries. But there was one thing I wish we didn’t have to discuss — and that’s being women. I’d love never to discuss my gender again, but so long as sexism, overt or more subtle, continues, it will stay on the corporate agenda. To me, this is so basic: Equal pay is fair and shouldn’t be considered a demand; rather, it’s what we all have a right to expect. Full stop.

Marian Salzman-known as one of the world's top five trendspotters - has a communications career that has spanned more than three decades, across multiple industries and the globe. She now heads up comms - , owned and paid - at Philip Morris International (PMI) as it embarks on its transformation to a smoke-free landscape...
Read more: equal pay, equal pay for work of equal value, Marian Salzman 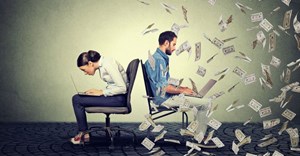 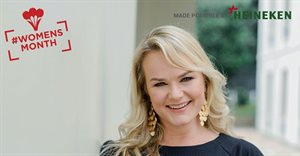 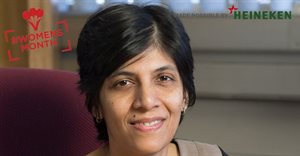 #WomensMonth: Prof. Nelishia Pillay of UP believes women in IT and STEM need to be showcased more17 Aug 2020 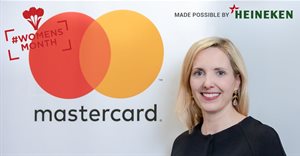 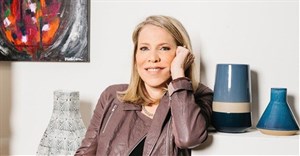 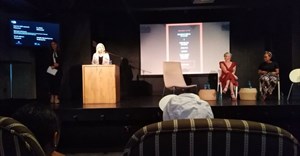 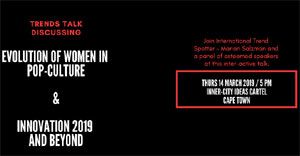 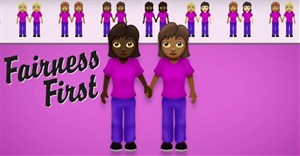 #FairnessFirst: Welcome the most diverse emoji set yet18 Feb 2019