Mercedes Benz S-Class and the digitisation of automobiles

23 Sep 2020 | Email | Print |  PDF
By: Mayank Tiwari
Earlier this month, we saw the world premiere of the new Mercedes-Benz S-Class 2021. Such events, usually called "unveiling", are generally expected on the side-lines of an auto show in a hall full of auto journalists, as opposed to the open-for-all live-streamed launch on social media.
Just a few minutes into the event, Ola Kallenius, chairman of Daimler, declared “For decades, the magic moment for car engineering was when the chassis received the engine. Today, another magic moment is incredibly important- the marriage of the car’s body and its brain- the all new...MBUX system.”

For the rest of the presentation, MBUX was the star with all other traditional attributes like the powertrain, driving dynamics, suspension and transmission managing to get only the side acts. By the end of the half-hour long streaming, it was clear that the competition in automotive has moved on to the digital arena.

MBUX stands for “Mercedes-Benz User Experience”. You can think of it as an interface between the car software and the passengers.

Traditionally, User Experience (UX) has been a vital function of the software applications churned out by the tech companies which are ruling the roost in the digitised world of today. For example, Google’s clean, clutter-free interface aims to maximise the user experience measured through the HEART framework, which stands for Happiness, Engagement, Adoption, Retention and Task success of the Google users.

The second-generation MBUX in the new Mercedes-Benz S-Class uses technologies like Natural Language Processing for voice-tech, Augmented Reality for immersive navigation, personalised profiles and OTA updates that can unlock dormant features in the future. These technologies require expertise in areas which have historically not been the strength of automotive manufacturers.

The long-term safety and control-driven evolutional approach of the automotive industry is very different from the iterative, experimental way in which the tech industry functions by embracing radical thinking and fast innovation. It is this dichotomy that the automotive OEMs are battling to emerge victorious from the most significant technological disruption that the industry is witnessing in its 100 plus years of history.

It is this dichotomy that a much smaller rival of Mercedes-Benz has mastered to become the highest valued automotive OEM in terms of market capitalisation recently. Tesla sold just 3.5 lakhs vehicles in 2019 - one sixth of what Mercedes-Benz did in the same period, but its valuation today is more than the top 5 auto OEMs combined.

Investors reason that Tesla is valued not as an automotive company but as a tech company that happens to make cars. Whatever the reason, it is clear that the future of automotive lies in the value generated through disruptive tech innovations as opposed to incremental engineering feats that the industry has historically excelled.

Each autonomous vehicle would be using more than 300 million lines of code, and each car would have more than 50% of the input value coming from electrical and software components by the end of the next decade.

The survival would therefore depend not on strength (read size) or fitness (read efficiency), but on adaptability to change in the age of the digitisation.
NextOptions
›
Email Print PDF

Mayank Tiwari is an automotive professional with experience in sales, marketing, brand management and analytics. He has worked with Ford of Middle East and Africa on sales forecasting and product strategy and is currently consulting one of the largest premium automotive OEMs on innovation and strategy. Views expressed are personal.
Read more: car technology, auto technology 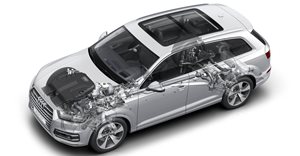 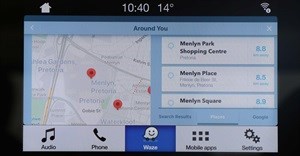 The growing demand for ICT in the automotive industry11 Oct 2018 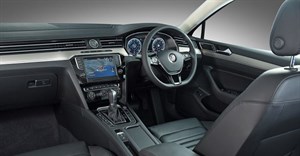 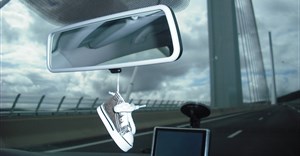 End of the road for rear-view mirror?13 Jan 2016
More related