9 Jul 2021 | Email | Print |  PDF
Shiraz SA has announced the winners of its ninth annual Shiraz Challenge. The South African winery winners were announced during an online event on Thursday, 8 July.

Runners-up in this category are:

Since 2014 Shiraz blends were included in the competition and a significant increase in entries was seen this year.

The winning Shiraz blends are:

The finalists announced in the blend category were:

As in 2020, the category for rosé drew only a few entries with the three finalist wines all from the 2021 vintage. Villion Family Wines Rosa Rabbedoe Rosé 2021 was crowned the winner with Lyngrove Collection Shiraz Rosé and Saronsberg Shiraz Rosé coming in as runners-up.

One of the leaders in the latest label printing technology, Lebone Paarl Labels, stepped in as new sponsor of the bottle stickers for winning wines.

General manager Henk Jacobs had the following to say: "Lebone Paarl Labels considers it a privilege to be part of this grand event and to be involved with Shiraz SA. Our heartiest congratulations to the winners of 2021."

The judging process, developed in conjunction with the University of Stellenbosch and implemented since 2018, was followed.

The format eliminates inter-session discussion of wines and requires every judge to taste wines arranged in a unique order.

Wine MS, software and support provider, onboard since the inception of the Challenge in 2013, put their newly developed cloud-based app for judging and tasting to use for the first time in this competition. Monitoring the entire judging process and auditing the results to ensure the competition’s credibility, was auditing company The Exceed Group.

Panel convenor Dr Andy Roediger commented as follows: "The quality of Shiraz wines keeps increasing and this makes it exceedingly difficult to select the winning wines as there are so many excellent wines at the top level. A tendency that has emerged during this year’s judging, is that the wines tend to be more fruit-driven, making the differentiation compared to old world wines and other countries more distinctive.

"Often aromatics come to the forefront rather than the herbaceous character of the old world, yet maintaining a full-bodied mouthfeel. The spiciness is evident and perhaps to my mind, the pepper notes were not as evident as years have gone by. Lower alcohol levels are also apparent so, in summary, the Shiraz wines are of earlier drinking styles than in years gone by."

During the online presentation, the chairman of Shiraz SA Edmund Terblanche announced that Shiraz SA has recently decided to proclaim 21 August National Shiraz Day. "International Shiraz Day is 16 February, a date picked for the Northern hemisphere winter, but not ideal for South Africa as this is the height of our summer. August is the perfect opportunity to showcase Shiraz and also to drive our Seven Days of Shiraz & Venison event."

Asked why the choice fell on 21 August, Terblanche commented: "We did a tremendous amount of research around Bernard J Podlashuk, considered the father of South African Shiraz, but with limited information available this was the closest date we could come up with." 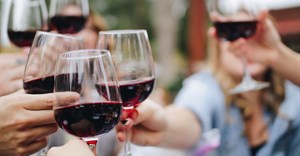 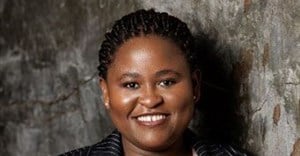 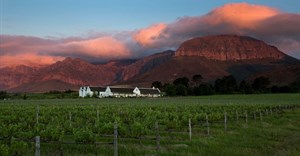 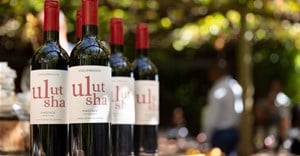