19 May 2022 | Email | Print |  PDF
By: Jorisna Bonthuys
For key wheat and apple production regions, the recent multi-year drought was the most severe in 30 years. This may be an early sign of the effects of climate change on agriculture in the winter rainfall area of the Western Cape. This according to a PhD study conducted by Dr Simone Theron, who recently received her doctoral degree from Stellenbosch University's Department of Horticultural Science in the Faculty of AgriSciences. 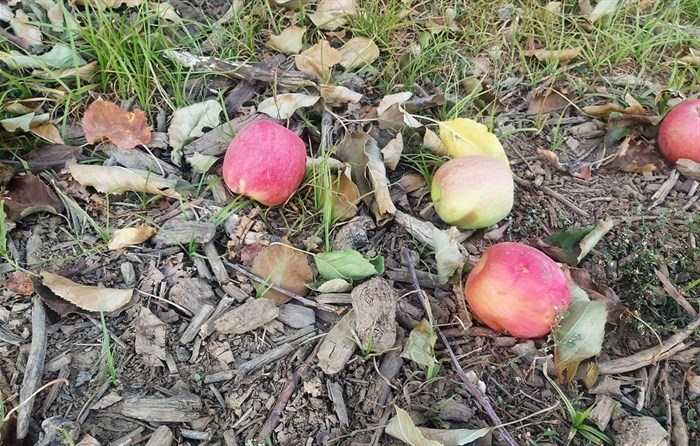 Source: Supplied | Engela Duvenage
Theron’s dissertation, titled Improving resilience in rainfed and irrigated agriculture under the future climate in the winter rainfall region of the Western Cape: Lessons from the 2015–2018 drought, underlines the urgent need for adaptation in agriculture.

She investigated how, from a climate perspective, farmers may be impacted in the short to mid-term (2020 to 2065), and how they plan to respond to it.

The study focused on two commodities — wheat and apples — across four production regions: the Swartland, the Rûens, Ceres and Elgin-Grabouw-Vyeboom-Villiersdorp.

Theron used observed climate datasets and production data to understand the impacts of the drought. She also investigated drought-related adaptations at farm level and the factors that appear to be driving these actions.

“Improving the sector’s resilience to shocks and stresses under climate change is vital,” Theron says. “Resilience is dynamic, nuanced, socially contingent and context-specific.”

In the context of climate change, drought has been identified as a key driver of vulnerability for agriculture in Southern Africa. As a result, it is considered a priority area for adaptation in the region.

While drought is a natural and normal occurrence, it can still have damaging effects on human life and the environment, Theron points out. Climate change projections indicate that the Western Cape will become hotter and drier, with more frequent droughts.

Recent studies have shown that climate change is increasing the severity of extreme events in the province. Researchers have found that, because of human-induced climate change, the recent multi-year drought was three times more likely to occur than it would have been otherwise.

Theron used a questionnaire and interviewed farmers and industry stakeholders to collect data for her study.

She also employed two drought indices to improve seasonal drought forecasts. This methodology is based on the assumption of the inherent persistence of drought, which makes it possible to extract predictive information about potential droughts.

Theron performed a trend analysis to investigate whether recent drought observations support a long-term trend and indicate potential future conditions. She also analysed the relationship between crop yields and climate variability in the province.

Furthermore, she considered the differences between retrospective and prospective drought-related adaptation, and how this translates into building drought resilience in crop production.

Theron says it is crucial to understand and learn from past droughts if we are to build resilience in agricultural systems.

"The results suggest that climate change is likely to impact all crop production regions, albeit to varying extents," she warns. "Increases in minimum and maximum temperatures, as well as drought intensity, were found to be significant, with significant changes likely to occur between 2040 and 2050."

The most significant change is expected to be in drought intensity in Ceres (an apple farming area) and the Swartland (a rainfed winter wheat area). Moreover, Ceres and the Swartland are likely to experience the largest temperature increases, possibly as high as 4°C.

The length of drought periods and their persistence in the province are highly variable, with the estimated period between droughts varying from one to four years in the case of agricultural drought, and up to ten years in the case of hydrological drought (causing reduced streamflow and challenges with reservoir storage).

"Studies have shown that there is a high likelihood of another drought as severe or more severe than the 2015–2018 drought occurring before the end of the century," Theron warns.

Adapting to a changing climate

Most farmers who participated in this study indicated that they learnt several lessons during the multi-year drought and that they have since changed some of their farming practices.

On grounds of the research results, five key lessons were identified: drought is a reoccurring phenomenon in the Western Cape; forecasts are an essential tool for building resilience; drought indices can be valuable in seasonal drought prediction; farmers have high autonomous adaptative capacity, and improving the various types of capital available to farmers (including human and social capital) can improve their resilience.

Nonetheless, irrigated farms are, to some extent, less sensitive to climate change than rainfed farms since irrigation has a mediating effect. “Importantly, irrigation reduces a farm’s dependency on rainfall and reduces inter-annual production variability,” Theron says. “However, this is dependent on the availability of water for irrigation.”

Competition with urban users for water resources may become a source of vulnerability for irrigated agriculture. Also, projected decreases in rainfall and increases in droughts may heighten the risk of dams not filling adequately, leading to more frequent water restrictions for farmers.

This means farmers will need to produce more food for a growing population, but under more challenging conditions and with less available resources. "Adaptation needs to happen at all levels of the value chain, and the onus cannot be placed squarely on farmers to meet these challenges," Theron adds.

Adaptation options available to farmers of rainfed crops include using cover crops and mulch to retain soil moisture, switching to short-season cultivars, changing crop types and diversifying their business both within and outside of the agricultural sector. Farmers using irrigation can adapt by switching to more heat-tolerant crops or cultivars, and by using shade nets.

Apple farmers view on-farm water management (such as irrigation management) as the most important adaptation strategy. Wheat farmers are more focused on crop management, including cultivar selection and conservation farming.

Theron’s study suggests that drought is likely to drive transformative agricultural adaptation in the Western Cape.

"Although the results suggest a daunting outlook for agriculture in the Western Cape, the sector has already adjusted and is continuously adapting to changes in the natural resource base, including those brought on by climate variability and climate extremes," Theron says. "While some of these adjustments may be transformative or prospective, such as the adoption of conservation agriculture, most of them are more incremental, retrospective responses."

Furthermore, Theron found that farmers who felt they learned from the recent drought were more likely to prepare for climate risks. “Interestingly, farmers’ conviction of the reality of climate change does not influence their preparedness for climate risks. "This suggests that most farmers are still focused on short-term coping or recovery mechanisms rather than long-term resilience building," she concludes.

Until recently, Theron worked for the Agricultural Research Council’s business unit focusing on soil, climate and water issues. She completed her dissertation in 2021 and aims to start her post-doctoral studies this year. 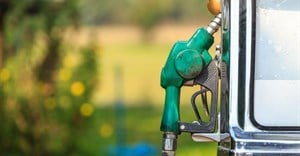 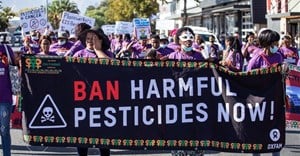