28 Jun 2016 | Email | Print |  PDF
By: Ashley Pillay and Yana van Leeve
When the Constitutional Court pronounces on the powers of school governing bodies, its decision is especially resonant and important to note, as only 4.1% of the country's 12.8 million learners are at independent schools, leaving the majority to deal with public schools or independent schools, receiving state subsidies.
The case of the Federation of Governing Bodies for South African Schools (FEDSAS) v Member of the Executive Council for Education, Gauteng and Another, concerned the validity of certain amendments to the Regulations relating to the admission of learners to public schools published in 2012 (Regulations) applicable to schools in Gauteng. At the heart of the Applicant’s complaint was its concern that the Regulations trespassed on the power of a School Governing Body (SGB) to determine school admission policies.

Public schools are run through a partnership involving SGBs (representing the interests of parents and learners), teachers, principals and provincial education departments. In particular, SGBs wield great power and responsibility at the coalface of education. The South African Schools Act obliges SGBs to supplement the resources provided by the state to improve the quality of education at individual schools. By way of example, SGBs can:In addition, a SGB can set a school’s language policy, admissions criteria and dress code, each of which has implications for the manner in which a SGB can regulate admission and influence quality at an individual school.

However, education is a functional area of concurrent national and provincial legislative competence. The powers of SGBs, conferred by the Schools Act, can and often do conflict with the powers and interests of provincial education authorities. In this regard, where provincial executives have encroached on what has been perceived as the SGBs’ exclusive turf, unfortunate and tense clashes have led to costly and protracted litigation.

With this context in mind, the Court has now settled that provincial education departments have the authority to exercise reasonable control over admissions and capacity in public schools. It emphasised that schools are public assets and must be used to ensure that all children are afforded access to education, remarking that, “[Public] schools are not rarefied spaces only for the bright, well mannered and financially well-heeled learners. They are public assets which must advance not only the parochial interest of its immediate learners but may, by law, also be required to help achieve universal and non-discriminatory access to education.”

SGBs and provincial education departments must co-operate and engage meaningfully in this endeavour. In addition, the Court upheld certain regulations that will affect school admissions policies in Gauteng as follows:In his last and unanimous judgment, Deputy Chief Justice Moseneke has provided much needed clarity in “the murky waters of the shared space between [SGBs] and provincial executives charged with the regulation of public schools.” Parents, SGBs and governing body federations ought to take heed of the Regulations in formulating and revising school admissions policies in the future to ensure compliance with provincial laws and the imperative to further equitable access to education. 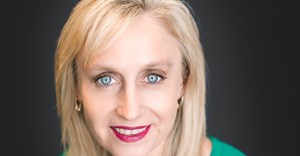 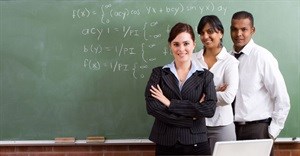