How Vollar is serving brands certainty with their CSI

By: Sindy Peters
A finalist for the 2019 SAB Foundation Social Innovation Award, Vollar has been making waves on the social entreprise scene since its inception. The new digital currency, as its name suggests, comes with an interesting twist - it's motivating volunteer work and social upliftment in some of South Africa's disadvantaged communities.
Apart from its broader societal benefits, it's also a game-changer in the CSI space as the platform is able to provide 4IR analytics that quantify exactly how much of a positive difference a brand is making in communities thanks to its efforts.
We chatted to Kyle Ueckermann, CEO and founder of Vollar, to find out exactly how Vollar works, how companies can use the platform to support their CSI efforts, and where he plans on taking the concept next.

What is Vollar? In layman's terms, explain for us how it works.

Kyle Ueckermann: You can think of Vollar like Vitality points, but instead of Discovery empowering you to reach health and fitness outcomes, our platform allows impactful organisations to empower their beneficiaries to reach social outcomes. We are seeing organisations use Vollar in a variety of ways, such as incentivising attendance in training programmes, participation in volunteer work and even one organisation looking to incentivise uptake and commitment to antiretroviral treatment.

What inspired its development?

I previously cofounded a US-based social / technology startup call VOMO, which is an app for volunteerism. At that time we were looking at different ways to incentivise and gamify volunteerism to encourage more community participation. I came up with the idea of a volunteer currency, the volunteer dollar or Vollar for short, that would be earned through volunteering. This was a very early idea but I could see a massive application for the concept in developing countries.

If a currency existed that individuals could earn for making their community a better place and it could be used to purchase food and other essentials, we could create a virtuous cycle resulting in disadvantaged households accessing some form of income while developing their community at a grassroots level. Being myself impact-driven and seeing the potential for this to create massive impact, I took action and my wife and I moved home to South Africa to start Vollar.

How can companies use Vollar to support their CSI efforts?

For organisations, be it a large corporate or non-profit, our platform gives them the tools to plan, fund and distribute incentives to their beneficiaries.

It's up to the customer what incentives they plan on our app and what value in rands they give those incentives. It's important to note that Vollar is not like Bitcoin. Vollar is pegged 1 to 1 to the rand and every Vollar is pre-funded by the customer. For example, if a customer wanted to give a R50 (50 Vollar) incentive to 10 people, they would need to pre-deposit R500 with us, creating 500 Vollar for them to distribute.

Taking this approach gives merchants certainty of income from accepting Vollar as they can cash out the Vollars back to rands in their bank account. A big part of our mandate as a company is SMME development, so we ringfenced Vollars so that they can only be redeemed at SMMEs, thereby giving developing businesses a boost in revenue. This gives our customers a way to create exponential impact by increasing the effectiveness of their programmes, while better supporting their beneficiaries, and creating new revenue for SMMEs.

Could you give us an example of a successful application of the Vollar tool?

Recently we launched with the Balwin Foundation who run 15-day entrepreneur development programmes targeting individuals from low-income communities. Irregular attendance and attendee drop-off was having a massive effect on catering for the training programme. Because they couldn't predict if someone would attend training that day, they would subsequently over-cater, wasting both money and food. The Balwin Foundation chose to take its catering budget and convert it into incentives that their beneficiaries could earn by attending a full day, successfully completing assessments or submitting certified documents.

These incentives would give the attendees the freedom to buy whatever food they wanted from local stores or even use it to purchase other essentials. It was a massive success. The Balwin Foundation saw a 50% increase in attendance and participation - in fact, no one was absent for the duration of the course. The attendees also had very positive feedback on the use of incentives.

As a result, the Balwin Foundation is now including Vollar in all their future training programmes.

Technology-wise, how accessible is Vollar to those performing the micro-jobs?

From the get-go, we prioritised access. The beneficiary only needs to use an internet-enabled device once off to create their wallet. Every wallet is represented by a short eight-character ID and secured by a four-digit pin. As long as a person knows their wallet ID, they can earn and spend their Vollar. We find a lot of individuals that don't have phones simply write down their wallet ID, while others memorise the wallet ID.

Of course, if an individual has an internet-enabled device, they can access their wallet online anytime. This has proven to be incredibly effective, we have even seen the elderly making successful payments with Vollar.

Based on what criteria can an entrepreneur become a Vollar merchant?

They must be a registered company with a bank account and should qualify as an SMME according to national standards.

Vollar has been recognised relatively widely so far for its innovative concept - what do you think makes it a standout idea?

I believe it's because we have demonstrated such powerful results in a very short span of time. We acknowledge we are not the only company doing great work in using social incentives to empower disadvantaged communities but, from the beginning, we chose a very different approach from others and believe we have found a sustainable and scalable solution.

This is Doreen Williams, a local champion and entrepreneur in the community of Kylemore in Stellenbosch. She runs a recycling centre called Kyle's Recycling. With the help of Vollar, Doreen empowered her community to attend workshops and cleanups, teaching them all about the importance of recycling. Doreen's latest initiative was a community beautification project. She saw an opportunity to use rocks from the mountains and create a beautiful rock garden on what used to be a desolate street corner filled with broken glass. Doreen is inspired to make Kylemore the most beautiful town in the Western Cape, let's show our support! �� #Kylemore #Recycling #PowerInLocal #ProudlySouthAfrican #Environment #Gardening #Restoration #Entrepreneur #SmallBusiness #Ubuntu #Womeninbusiness

What is Vollar's current footprint and what is the timeline for further rollout?

We have just launched commercially in the Western Cape and are active mostly in projects in the Cape Flats but are being brought into projects nationally. By the end of the year, these new projects will extend our footprint to areas around Durban and Johannesburg.

Any plans to take the concept further?

Absolutely - on the tech side there are many new features in progress, while on the business side, we have many requests to bring Vollar to other countries. For now though, we are focusing on making Vollar a success in South Africa and delivering value to both our customers and beneficiaries.

Sindy Peters (@sindy_hullaba_lou) is a group editor at Bizcommunity.com on the Construction, CSI & Sustainability, and Property portals. She can be reached at moc.ytinummoczib@ydnis.
Read more: social enterprise, volunteer work, volunteerism 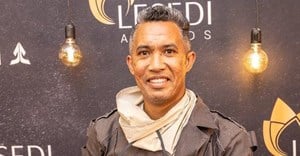 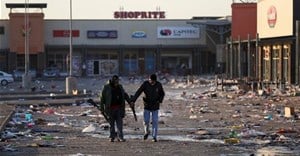 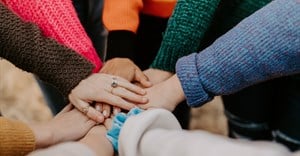 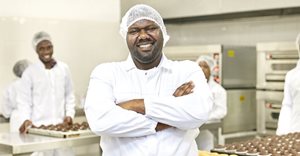