"Despite its prudent macro-economic management, South Africa was not spared the economic fallout in 2009, which resulted in over one million job losses. It is therefore encouraging to see local companies like Melbro demonstrating its confidence in the Western Cape's economy by opening this new building in one of its premier industrial areas, which will help drive economic growth and job creation. This investment complements the Western Cape Government's Central Regeneration Programme, which aims to position Cape Town as one of the top cities in the world to live, work, study, invest, and visit," said Zille during the opening.

This investment signifies the company's sustained growth in its retail and wholesale operations. Comprising 1200m² of office space and 4500m² of high-rise warehousing, the new building has been developed on the land immediately adjacent to its current operation in Epping 2. With a national total of more than 50 000 m² of warehouse space, housing 8000 different product lines, including international brands such as Wrigleys, Mars, Lindt and Act II and an array of toys, tools, housewares and giftware, its product range and geographic coverage is unequalled in the country.

The Cape Town facility is complemented by facilities in Johannesburg, Durban and Port Elizabeth and together enable the wholesale businesses - Heneck Sacks and J Melnick & Co - to service over 10 000 retailers across Southern Africa.

The building work has been completed within the contract term, by Neil Muller Construction. Epping has not seen much construction activity in the past ten years but this is due to change, now that Epping has been named a CID (City Improvement District).

"Building was an expensive option", explains Group CEO Martin Heneck, "particularly as we paid a premium for the land. From a production perspective, however, it has worked out perfectly with only minor annoyances from near-zero disruption.

"We could have rented premises, but what we're expressing here is our optimism. And we are optimistic about the country, the local economy and about our business model."

The Melbro model originated over a century ago and, while it has undergone a few profound adjustments since then, the biggest change was its entry into retailing with Crazy Store in the mid-90s, there is still much in common between the enterprise as it was in 1911 and as it is today.

Crazy Store, which celebrates its 200th store opening next month, is geared for continued, aggressive growth over the next few years while its new stable-mate, Khoki - the stationer - is also enjoying success with its first stores. Warehouse management - are you as efficient as you think you are?14 Jul 2022 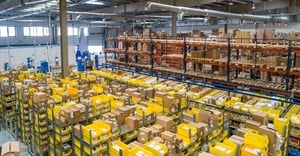 Supply chain's chaos is warehousing and manufacturing's gain18 May 2022 How robotic logistics are the key to automated warehouses15 Nov 2021 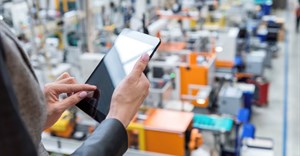