8 Sep 2020 | Email | Print |  PDF
By: John Hudson
One-third of all food produced is wasted. Yet that wasted food could feed the world's malnourished four times over. Viewed like this, food wastage could be seen as a microcosm of inequality: perfectly nutritious crops ploughed back into the soil or sent to landfills while 26% of South Africans routinely experience hunger.
This is why advocating sustainable consumption and production patterns is the 12th Sustainable Development Goal of the United Nations – ensure sustainable consumption and production – with the target to halve per capita global food waste by 2030, and significantly reduce food losses along production and supply chains.

Most food waste is edible and safe

What is perhaps more tragic is that a large proportion of wasted food is actually edible surplus food. It means it is still perfectly safe for human consumption but is not sold, either because it has reached its 'sell by' or 'best before' date, or has failed to meet aesthetic specifications. Surplus food is generated along the entire food value chain, and much of it ends up as waste. But if it is diverted in time, a sizeable portion of this food could instead be directed for human consumption, helping to alleviate hunger while creating benefits for the generating firms.

But to achieve this, the surplus food must be separated from the rest at the point where it is considered not fit for sale via traditional channels, and redistributed before it deteriorates. For this to happen surplus food needs to be reframed so it is viewed as edible food for human consumption, rather than animal food, an energy source, compost or waste.

Not only do we have a moral obligation to divert surplus food to the hungry. Reducing food waste is also an effective solution for fighting climate change. Redirecting surplus food avoids the loss of energy, water and financial capital embedded in wasted food, and the greenhouse gases resulting from its decomposition at landfills. In fact, for every ton of food recovered, four tons of greenhouse gas emissions are saved.

Fortunately, the surplus food debate is gaining ground and legislation and incentives are emerging in other countries to stimulate redistribution. Locally, there are many examples of companies – particularly retailers – diverting surplus food to organisations that distribute to the hungry. But this needs to be scaled up significantly if we hope to provide adequate nutrition to our most vulnerable.

With 26% of food wastage coming from farms, it seems obvious that this is where much of the opportunity lies. But, understandably, farmers do not have the time or resources to undertake surplus food redistribution themselves, particularly when they are in harvest season. So, convenience and ease of dispensing is a key driver for them.

Perhaps the biggest game changer in the food security/surplus food debate, then, is the emergence of surplus food organisations, the largest of which is FoodForward SA. Established in 2009 to address the widespread hunger in the country, FoodForward SA has distributed over

The Second Harvest programme was developed specifically as an outreach programme to commercial farmers, allowing them to donate post-harvest surplus produce directly from the farm. FoodForward has dedicated refrigerated vehicles that go directly to farmers to collect fresh fruit and vegetables while they are harvesting, making it very convenient to donate at no cost or disruption to them.

As FoodForward SA managing director, Andy Du Plessis, says: "The programme has resulted in the composition of food packages becoming more diverse, and the inclusion of fresh fruit and vegetables makes them more nutritious. It has enabled us to increase the volumes of food recovered significantly, thereby boosting the number of people we are able to reach."

Nedbank Agriculture recently donated R1m to FoodForward SA, which is being allocated to develop their Second Harvest programme further. By leveraging our long-standing relationships with industry bodies, we were also able to help facilitate the new partnership between FoodForward SA and AgriSA and the Citrus Growers Association of South Africa, which has connected them directly with 28,000 farmers and 1,000 farmer associations to recover edible surplus fresh produce for at-risk communities.

This partnership has enabled a mutually beneficial situation for the farmers and the millions of hungry tummies in South Africa.

Through the WWF Nedbank Green Trust, we have also just approved the contribution of over R10m for a round of food-related programmes in partnership with WWF-SA. The programmes focus on rural access to food and fresh water, and building integrated food systems in these areas, while following good environmental practices – all of which will help with the resilience of these communities following the Covid-19 pandemic.

All stakeholders need to step up

Progress is slowly being made in the fight against hunger in South Africa. But there is still huge potential to do more – the need for which has never been more urgent than now. For example, of the 10 million tonnes of food waste in 2017, just 4,350 tonnes were redirected to FoodForward SA. That is a mere 0,04% of the total, and it is not good enough. All stakeholders need to come together to address the issue.

Government needs to legislate labelling that supports the diversion of surplus food; the food value chain needs to find efficient ways to divert and deliver it; and civil society needs to put pressure on the system to ensure that their fellow countrymen are adequately fed and nourished.
NextOptions
›
Email Print PDF 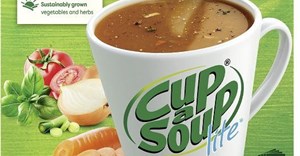 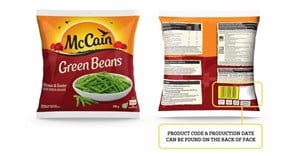 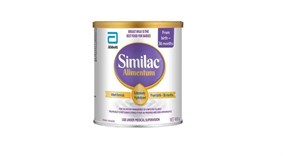 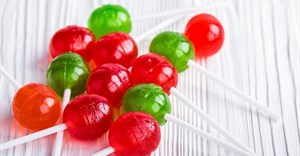