Food security: Africa should be the answer

By: Peter Oberem
Ever since he took office in February this year, President Cyril Ramaphosa has placed agriculture firmly on his agenda. The obvious and loudest aspect has been, and continues to be, land reform and how expropriation without compensation will play out in practice. But of equal importance, at least from where I stand as a professional and businessman in the agricultural sector, are his utterances, actions and policy decisions related to the sector.

In just the past two months, agriculture featured at three of the most high-profile events in South Africa. In September, with the announcement of the economic stimulus package, agriculture was singled out as a priority area. The president said that investment would be channelled to black commercial farmers to increase their entry into food value chains through access to infrastructures like abattoirs and feedlots. "The agricultural sector has massive potential for job creation in the immediate and long-term," he said.

This view was reiterated at both the Jobs Summit and the Investment Conference that took place in October. At the latter, President Ramaphosa said that land reform was needed not only to redress a historical injustice, but also to effectively unlock the economic potential of the country’s land. And this brings me to an issue close to my heart: the role Africa can and should play in global food security.

In 2013, the world’s human population breached the seven billion mark; we are told that by 2050 there will be nine billion mouths to feed – and a quarter of them will live in Africa. We have a mere 32 years in which to double food production in general, and protein (mainly meat) in particular.

Faced with this immovable target, food security and food production have been major scientific and political topics of discussion and debate for some time now. The land available for food production is finite, therefore the only possible solutions are to increase production on land that is currently underused, and to employ science and technology to improve the efficiency and productivity of farming enterprises.

In both these solutions, Africa takes centre stage.

Africa is the only continent suited to commercial agriculture with underutilised land. Neither Europe nor North America has "spare" land available. It is therefore up to us to do more with what we have.

When it comes to exploring science and technology in the interest of increased productivity and yield, farmers in the developed world are already using precision farming and similar advances. In fact, the introduction of advanced genetics, feeding systems, animal health controls and other technologies over the past four decades, has allowed industrialised countries to reduce their overall land requirement for livestock by 20% while doubling meat production. Only in Africa is there room for a massive increase in the difference science can make to production.

What this means for us here at the southern tip of Africa is opportunity: opportunity to contribute to food security and the resultant financial security of millions of families on the African continent.

While it is unwise to place all one’s faith in one person, I do believe that President Ramaphosa is the right leader at the right time to position South Africa to capitalise on this opportunity.

For the first time, we have a head of state who understands agriculture, and the livestock and game industries. More than that, he appreciates what he calls in his book, Cattle of the Ages, the "miracle of science", i.e., the contribution veterinary science is making and can make to the future of the country.

It is incumbent on us as players in the animal health industry to strengthen the president’s hands by bringing our science A-game to the table. In addition, we must invest in real and meaningful skills - and knowledge transfer that will put our continent’s millions of small-scale farmers in charge of their own destinies and position them as a cornerstone of the global food security project.

At Afrivet we are seeing the impact that this combined approach can make. Our animal health products are proven and trusted – we know the science works and we continue to develop remedies for Africa’s specific needs.

Through our BBBEE subsidiary, Afrivet Training Services (ATS), we entered into a joint venture with the Onderstepoort Faculty of Veterinary Science of the University of Pretoria in 2010 to sponsor the world’s first chair in Primary Animal Health Care (PAHC). The joint venture has already produced a comprehensive (and ever-growing) body of knowledge for students, veterinary professionals, commercial farmers and emerging stock owners alike. It is also involved in community-based outreach and skills transfer programmes that empower communal stock owners to view and manage their herds as stores of commercial value.

We call on our industry partners and peers to heed President Ramaphosa’s Thuma Mina (send me) call, and add our own to it: mazene’thole (may your cow calve). Together we can turn Africa’s agricultural potential into production. 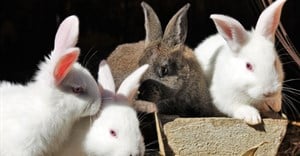 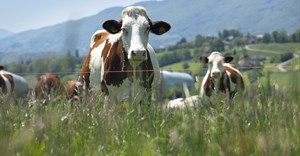 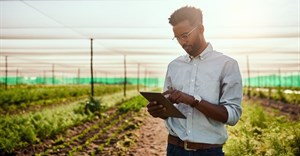