Source: pixabay.com
Freight capacity, measured in available freight tonne kilometers (AFTKs), rose by 5.4% in 2018, outpacing annual growth in demand. This exerted downward pressure on the load factor but yields proved resilient. Air cargo’s performance in 2018 was sealed by a softening in demand in December. Year-on-year, December demand decreased by 0.5%. This was the worst performance since March 2016.

Freight capacity, however, grew by 3.8%.

This was the tenth month in a row that year-on-year capacity growth outstripped demand growth. International e-commerce grew in 2018 which was a positive factor for the year.

Yet, there was a softening of several key demand drivers:

“Air cargo demand lost momentum towards the end of 2018 in the face of weakening global trade, sagging consumer confidence and geopolitical headwinds. Still, demand grew by 3.5% compared to 2017. We are cautiously optimistic that demand will grow in the region of 3.7% in 2019. But with the persistence of trade tensions and protectionist actions by some governments, there is significant downside risk. Keeping borders open to people and to trade is critical,” said Alexandre de Juniac, IATA’s director general and CEO.

“To attract demand in new market segments, the air cargo industry must improve its value proposition. Enabling modern processes with digitalization will help build a stronger foothold in e-commerce and the transport of time- and temperature-sensitive goods such as pharmaceuticals and perishables,” said de Juniac.

Airlines in all regions with the exception of Africa reported an annual increase in demand in 2018.

Asia-Pacific carriers posted the weakest growth of any region in December 2018 with a decrease in demand of 4.5% compared to the same period a year earlier. Capacity increased by 2.6%. The weaker performance in December contributed to growth in freight demand of only 1.7% in 2018 compared to 2017. Annual capacity increased by 5.0%. The weaker performance of Asia-Pacific carriers in 2018 largely reflects a slowing in demand for exports from the region’s major exporters (China, Japan and Korea). Signs of a moderation in economic activity in China and an escalation of trade tensions continue to pose a downside risk to air cargo in Asia-Pacific.

North American airlines posted the fastest growth of any region for the seventh consecutive month in December 2018 with an increase in demand of 2.9% compared to the same period a year earlier. Capacity increased by 4.5%. This contributed to annual growth in demand in 2018 of 6.8%, matching the rate of capacity increase. The strength of the US economy and consumer spending have helped support the demand for air cargo over the past year, benefiting US carriers.

European airlines posted a 1.9% year-on-year increase in freight demand in December 2018 and capacity rise of 3.7%. The improved performance in December contributed to annual growth in demand for air cargo of 3.2% in 2018. Capacity increased by 4.3% in the same year. Weaker manufacturing conditions for exporters, particularly in Germany, one of Europe’s key export markets, along with mixed economic indicators impacted demand in 2018.

Middle Eastern carriers’ freight volumes increased 0.1% year-on-year in December and capacity increased by 4.5%. This contributed to an annual increase in demand of 3.9% in 2018 – the third fastest growth rate of all the regions. Annual capacity increased by 6.2%. The region continues to be affected by geopolitical issues.

Latin American airlines experienced a decrease in year-on-year demand of 0.1% in December after three months of positive growth. Capacity increased by 6.0%. Despite a decrease in demand, it’s worth noting that the within South America market continues to perform strongly, with international demand up almost 20% year-on-year. Annual growth in freight demand among Latin America carriers in 2018 increased by 5.8% - the second fastest of all regions. Annual capacity increased by 3.4% in 2018.

African carriers’ saw freight demand decrease by 2.2%, in December 2018, compared to the same month in 2017. This was significantly less than the 9.4% decrease the previous month. Capacity increased by 4.9% year-on-year. It’s worth noting that seasonally-adjusted international freight volumes, despite being 7.7% lower than their peak in mid-2017, are still 50% higher than their most recent trough in late-2015. Annual growth in freight demand among Africa carriers in 2018 decreased by 1.3% and capacity grew by 1%. 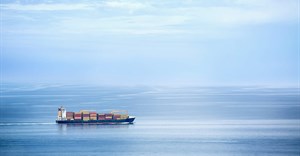 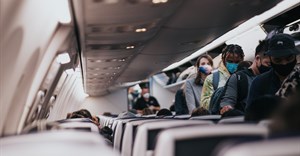