12 Jan 2015 | Email | Print |  PDF
Though listed property's stellar 2014 performance is unlikely to be repeated over the next 12 months, the sector should continue to offer better returns than other income-generating investments such as bonds and cash.
The sector notched up a total return of 27% last year, which was way ahead of market expectations and more than double the JSE all share index's 11%. Property stocks' outperformance was underpinned by stronger bond yields; better than-expected earnings growth; a flurry of merger, acquisition and new listings activity; and the entry of a new breed of institutional investor who analysts believe is increasingly viewing listed property as a standalone asset class.

However, not all property counters made good money for investors last year.

In fact, the total return gap between some of the top performers such as Rockcastle Global Real Estate Company, Resilient Property Income Fund and Romanian-focused New Europe Property Investments (Nepi) and those at the bottom of the pile such as Delta Property Fund and Redefine International is more than 40%.

Analysts believe the total return differential between individual counters could become more pronounced over the next 12 months as the outlook for the sector starts to slow on the back of the weak economic growth outlook, electricity supply issues and spiralling business confidence.

Industry players expect the sector as a whole to deliver a total return of a modest 8%-12% for 2015. Though that may not look exciting at first glance, it still beats the return available on a fixed deposit in the bank, which currently sits at around 6,5%/year.

However, analysts agree that punters who are looking to outperform the market in 2015 will have to become more discerning than ever in their stock selection.

The Financial Mail asked three fund managers which property stocks they would invest in now and why.

Despite Nepi's share price already running hard over the past three years, the rand-hedge counter still offers above-market income growth of around 15%/year on the back of the continued roll-out of its multibillion rand development pipeline.

Ramushu says while Romania is still sound from an economic and retail sales growth perspective, Nepi is also starting to diversify to other eastern European countries such as Slovakia.

Pivotal is likely to prove a very defensive holding given that it is largely a capital growth play (like developer Attacq) and won't be as significantly affected by potentially weaker bond yields. "While we also like the quality of Attacq's assets, Pivotal offers better value for money at current levels. However, a lot will depend on its ability to replicate its historic double digit NAV [net asset value] growth.''

Emira is more of a recovery play, as it still trades at a discount to the sector.

Ramushu says management has made significant headway over the past two years to improve the quality of the overall portfolio. "A lot of the pain has been taken.''

"Growthpoint scores well in many departments, particularly on the corporate governance, disclosure and balance sheet management front. It is the JSE's most liquid property counter and its retail portfolio dominates many of the catchment areas in which they trade.''

Ndlovu says the proposed Acucap Properties acquisition will add more diversity to the portfolio. And about a fifth of Growthpoint's income comes from Australia, which offers SA investors geographic and currency diversification.

Ndlovu believes that Delta is looking cheap at current levels. "The share price has been punished by the market due to perceptions around some buildings being overrented, high gearing levels and an overly aggressive acquisition strategy.''

But Ndlovu notes that management is still achieving positive rental growth on renewals. The stock is trading at a forward yield exceeding 11%, which is attractive versus the market average of around 7%. In addition, Delta offers income growth of more than 10% versus the 8,5% market average.

Ndlovu rates Hyprop as his key buy-and-hold pick. "The company owns some of the best shopping centres in the country, which continue to trade well with low vacancies and strong demand for space from both local and international retailers despite the general slowdown in retail sales.''

Hyprop is also expanding its footprint to Ghana and Zambia, which have a very low retail penetration.

Maurice Shapiro, a director at Ma'alot Investments, counts Octodec Investments, Redefine Properties and Vukile Property Fund among his top picks for 2015. He says Octodec's merger with sister fund Premium Properties means that management can now focus on one fund rather than two.

"What is most attractive about Octodec is its successful conversion of offices into residential in the Johannesburg and Pretoria CBDs. Management has land banked old vacant office buildings in these inner cities which are ripe for conversion and should drive consistent distribution growth over the next three to five years.''

Shapiro says though this is a longer-term story, the market is likely to begin to understand Octodec's unique proposition.

Shapiro expects Redefine to rerate following the successful internalisation of its asset and property management functions, restructuring of its offshore offering and modernisation of its underlying property portfolio through redevelopments, acquisitions and disposals.

Redefine is also looking to grow its international offering, most likely through acquisitions of direct property in Australia.

Shapiro says Vukile is also poised for a rerating. "The income from asset management functions flowing from the Sanlam portfolio acquisition will no longer distort the income stream, which will allow analysts to better forecast distribution growth.

Vukile will most likely also finalise the takeover of retailfocused Synergy Income Fund this year, which will grow its retail exposure.''
NextOptions
›
Email Print PDF 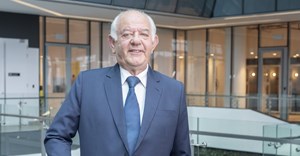 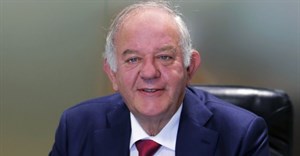 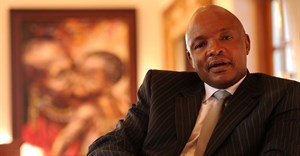