1 Apr 2022 | Email | Print |  PDF
The Portfolio Committee on Police says the adoption of the Criminal Law (Forensic Procedures) Amendment Bill will only be completed once it is satisfied that the South African Police Service has the capacity and capability to implement the provisions contained in the bill. Approved by Cabinet in November 2021 and signed by President Cyril Ramaphosa early this year, the bill [B25 – 2021] makes provision for the full implementation of certain transitional arrangements contained in the Criminal Law (Forensic Procedures) Amendment Act, 2013.

The bill also provides for the enforcement of the obligation to submit to the taking of a buccal sample (samples from cells taken from the cheek) from people convicted under Schedule 8 offences, and provides for matters connected therewith.

During deliberations on the bill on Wednesday, the committee reiterated that the amendment bill is an important tool in the criminal justice system, and is not stopped and does not face radical opposition, but rather “it needs further deliberations by the committee in the second term”.

Committee chairperson, Tina Joemat-Pettersson, said the committee has noted the concerns raised in many public submissions questioning the capacity of the SAPS Forensic Science Laboratories to effectively implement the provisions of the bill.

She said the committee has, since the start of the sixth Parliament, committed itself to intensify oversight over the forensic sciences division of the South African Police Service (SAPS), and will continue to do so.

“Despite the progress made in this division, the committee is still not at ease with issues regarding the costing of the bill, funding of the FSL (Forensic Science Laboratory) division, maintenance of machinery and equipment, and procurement contracts to ensure the timely and effective delivery of forensic consumables,” Joemat-Pettersson said.

The committee also has concerns related to the use of minimum force when taking buccal samples in custodial settings.

While the committee realises that the Bill deals only with already convicted schedule 8 offenders, the chairperson said the recent proclamation by the President to bring the Act into full operation places the amendments in a different light, and the committee needs to look “broader than just what is tabled before it”.

“The adoption of the bill will only be completed once the committee is satisfied that it can be implemented. The committee will continue with this matter in the next term after recess,” Joemat-Pettersson said.

The committee adopted its report on the public participation process on the amendment bill. The report details the public submissions received on the bill.

“The committee is satisfied with the positive and detailed discussions that took place during public hearings.

"It expresses its gratitude to the organisations and individuals that made submissions on the Bill and reiterates the importance of public participation when Parliament deals with legislation,” Joemat-Pettersson said.

The public could comment on the bill until 11 March 2022. 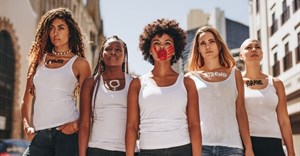 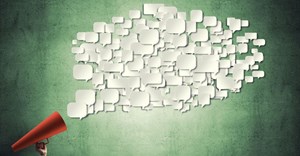 Have your say on GBV Bills18 Sep 2020
More related