NPA ID Head, Advocate Andrea Johnson
This after the NPA scored a crucial victory in the Gauteng High Court when the court upheld the ID’s application to restrain at least R1bn in assets of Gupta linked company, Regiment Capital.

“This was a tough fight, but much appreciated in the long battle against state capture. This is just the beginning of law enforcement reclaiming the state from the jaws of capture. This is a clear indication that the directorate is hard at work in holding those most responsible to account,” Johnson said.

In the State Capture report released by Chief Justice Raymond Zondo, the company is accused of fraud, corruption, and money laundering after doing “advisory work” for Transnet during the acquisition of at least 1064 locomotives.

Added to this, the company is also facing a litany of other criminal charges including racketeering and a potential tax bill standing at more than R200m in March last year.

According to ID spokesperson, Sindisiwe Seboka, an interim freezing order was granted in 2019 but was discharged just short of a year later.

“The court of appeal ... ordered that the restraint order initially issued by Judge Wright be varied from R1.108bn to R1.6bn. However, due regard should be taken to the repayment which Regiments has made to the Transnet Second Defined Benefit fund in the amount of R639m. This then takes the total of restrained assets to R1.05bn,” Seboka said.

The Investigating Directorate – which was set up in 2019 – currently has declared 82 investigations and enrolled 20 cases with 65 accused persons. 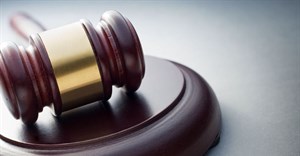