22 May 2015 | Email | Print |  PDF
By: Ahmore Burger-Smidt and Kriska-Leila Goolabjith
Following an authorisation by Ebrahim Patel, Minister of Economic Development, the Competition Commission will soon be publishing its terms of reference to launch a market inquiry into parts of the retail sector involving large supermarket chains, grocery stores and small retail outlets like spaza shops.
In his budget vote speech presented to the National Assembly on 12 May 2015, Minister Patel announced that the investigation "...will consider the structure of the industry including retail outlets in townships, the tenancy arrangements in shopping malls that seem to squeeze small players out and the impact of the growth of large retail chains on competition, jobs and small business development...and it's intended to ensure that we've got a competitive but also inclusive retail sector". This announcement comes after a new supermarket investigation commenced on 7 October 2014 after the receipt of several complaints in relation to long-term exclusive lease agreements.

On 24 January 2014, the Commission announced that it had concluded its investigation into exclusive lease agreements entered into between supermarkets and property developers, owners and managers of shopping malls. The Commission found during this investigation that long-term lease agreements providing for a level of exclusivity between property developers and anchor tenants raised barriers to entry into grocery retailing.

However, it found insufficient evidence as to a contravention of the Competition Act and anticompetitive effects of exclusive lease agreements could not be demonstrated conclusively. The evidence before the Commission did not meet the tests required in order to prosecute the firms involved in terms of the Competition Act and therefore the Commission issued a notice of non-referral.

SAPOA requested the Commission to consider the issue of exclusive clauses, providing for amongst others, the exclusion of competing supermarkets or a café or delicatessen which sells fresh fish or meat, in long-term lease agreements between owners of large retail shopping centres and retail anchor tenants across the country as SAPOA members are of the opinion that that these exclusive clauses "...give rise to considerable competition concerns and could amount to substantial prevention or lessening of competition in violation of the Competition Act".

The latest investigation came with little surprise as, despite its notice of non-referral, the Commission explicitly stated that it remained concerned about the barriers to entry into the grocery retailing industry and the potential dampening effects of long-term exclusive leases on competition.

According to Minister Patel, the retail sector market inquiry will "...involve big supermarket chains, grocery stores and small retail outlets". The examination of "...the tenancy arrangements in shopping malls, the growth of township enterprises (such as) small shops, spaza shops" is reflective of the Commission's concern, consideration and commitment to applying the inclusive growth and transformation principles, as embodied in the preamble of the Competition Act.

It has been suggested by the Commission that consideration should be given to the approach adopted in other international jurisdictions for assistance on how to resolve concern with long-term exclusive lease agreements, for example Australia and the UK. These jurisdictions made use of their respective market inquiry mechanisms provided for in their specific competition law legislation to deal with concerns in the grocery retail market in a holistic manner.

It is expected that the terms of reference of the inquiry will be announced by the Commission within the next four weeks.
NextOptions
›
Email Print PDF 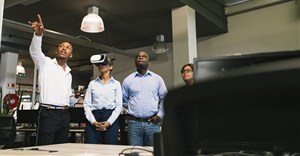 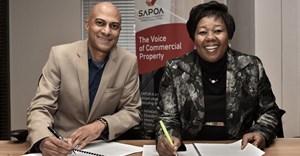