26 May 2021 | Email | Print |  PDF
The 2021 instalment of the Klein Karoo National Arts Festival (KKNK) is set to be held throughout the year on television, on the silver screen and on mobile platforms.
“We went online already during 2020, and in 2021 we are focused on expanding the offering,” says Hugo Theart, artistic director of the KKNK. “This year, the festival will run throughout the year, with monthly programmes and a variety of projects that offer something for everyone. Our many plans include special campaigns, virtual talk series and productions across all genres throughout 2021. New stage and music productions will become available monthly, but each production will only run for a limited time. Although the virtual festival is our primary focus, the pandemic permitting, pop-up concerts will also take place in Oudtshoorn and around the country. In 2021 it’s festival time #oraloor at the KKNK!” Here’s what to expect from this year’s KKNK:

The iconic one-woman show Die Naaimasjien by Rachelle Greeff has been filmed specially for the KKNK and is the first screening culture vultures can look forward to when they take their seat in the KKNK’s virtual theatre. Tickets are available from Quicket, so get comfortable and have a watch party in your own home. Over the next several months, art lovers will also have access to productions such as Willem Anker’s Samsa Masjien, Asem by Reza de Wet, and the multi-award-winning Koningin Lear with Antoinette Kellerman in the title role. In partnership with Aardklop we will also bring the Kyknet Fiësta-winning drama Queenie-hulle and Philip Rademeyer’s Opdrifsel to your living room, as well as Hannes van Wyk’s moving Sê groete vir ma.

Neil Coppen’s adaptation of Shakespeare’s Hamlet will give art lovers a rare opportunity to watch this project take shape: Tune in at 6pm on 31 May for a special reading of this adaptation, featuring a stellar cast.

As in the past, Oudtshoorn plays host to several special projects including the DICE project in partnership with the British Council, writing courses such as the first Oudtshoorn-based Teksmark at the end of May, and an exciting debut – the first-ever international Tekstmark (note the extra t!), which this year is presented in partnership with the Dutch Embassy in South Africa. The local Teksmark is scheduled for late October, and will again take place at the Baxter Theatre in Cape Town.

The award-winning local ReWOLusie project and the national Crochet Together campaign are both already in full swing, with knitters and crochet fiends across the country creating magic with wool. More than 1,000 people have already registered to take part in this project – find more information on the KKNK website, where a new crochet pattern is shared every Monday until the end of July.

June sees the launch of Maskers en Mure, a collection of poems written by 142 poets during the pandemic. And under the mentorship of renowned director Marthinus Basson, the KKNK NATi Studio hosts online masterclasses for aspiring and experienced directors and theatre-makers until December.

The online acting competition for young people, Dramaweb SA, kicked off in March, and following the success of last year’s Kortom short film project, young filmmakers should start brainstorming ideas for their entries in this year’s round two.

The Absa-supported KKNK Virtual Gallery will again bring art into the comfort of your home. This year’s exhibition is again curated by Dineke van der Walt, who last year won a Kyknet Fiësta award for her work. The KKNK will also collaborate with the new audio app BIB to bring readings and audio versions of a variety of contemporary and classical South African and international theatre productions to the virtual stage.

Of online talk series, there will be plenty – about current and literary affairs, politics, art and theatre. And Absa has a few surprises up its sleeve with a state-of-the-art space for digital entertainment and simulation.

And last but not least – with its roots in the Klein Karoo, several pop-up concerts are on the calendar in Oudtshoorn, all presented in compliance with Covid protocols. Later on in the year, the KKNK will collaborate with Cape Town Opera to bring La Bohème to Oudtshoorn, and thanks to the support of the Rupert Music Foundation, several other classical music concerts will be presented as part of Klein-Karoo Klassique. Finally, Coenie de Villiers and Deon Meyer are expected in town for a very special Karoo Christmas. 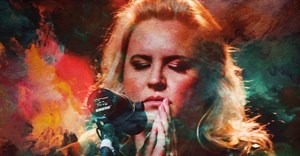 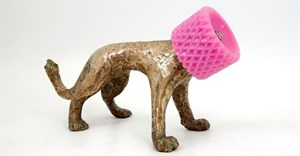 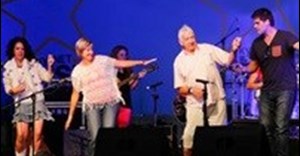 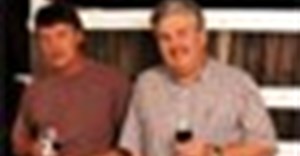 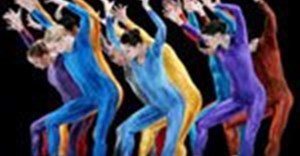